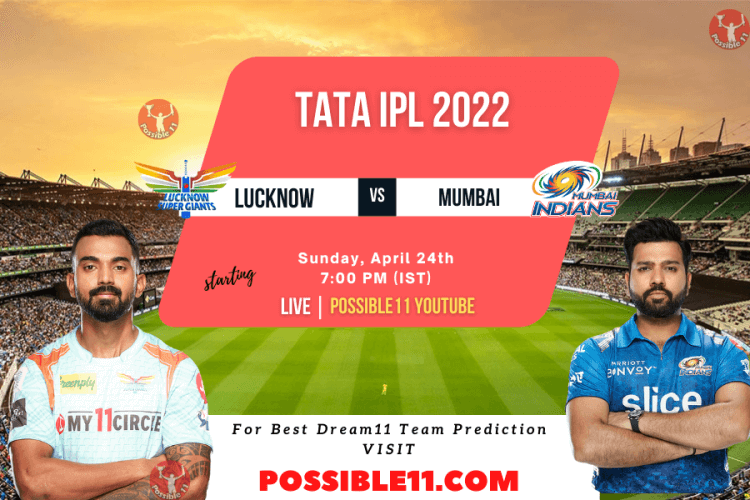 Mumbai Indians (MI), almost out of the race for the playoffs, will have to perform well in every department of the game in their Indian Premier League (IPL) match against Lucknow Super Giants (LKN) to be held here on Sunday if they want to break their losing streak. Mumbai has lost all their seven matches so far this season. Nothing has been favorable for the five-time champion so far and he is at the last position in the points table. Now only a miracle will be able to get him to the playoffs.

On the other hand, the team of Lucknow is looking in a good rhythm. They have won four out of the seven matches but lost the last match to Royal Challengers Bangalore (RCB) by 18 runs. However, Lucknow had defeated Mumbai by 18 runs in the first leg match, due to which they will take the field with increased morale. Mumbai Indians have done well in pieces. But he has failed to perform as a unit. Mumbai is the first team to lose the first seven matches in a season. Captain Rohit Sharma is not able to know where the mess is happening. 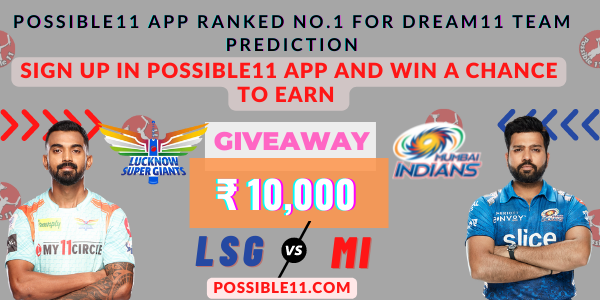 The batting of Lucknow is also led by captain KL Rahul (265 runs). He played an unbeaten 103 off 60 balls in the last match played between the two teams on 16 April. The second opener of the team, Quinton de Kock (215 runs) is also in a good rhythm. Krunal Pandya was the top scorer in the last match against RCB but Ayush Badoni and Deepak Hooda need to convert a good start into big scores. In the bowling, fast bowler Avesh Khan and spinner Ravi Bishnoi are doing well while the team has two useful all-rounders in Jason Holder and Marcus Stoinis.

One reason for Mumbais poor performance is the poor form of openers Rohit and Ishan Kishan. Both could not open the account against Chennai Super Kings. Rohit has scored 114 and Ishan has scored 191 runs in the tournament so far. Tilak Verma and Suryakumar Yadav have played some good innings, while young Devald Brevis also shone in a few matches but lacked patience. All the middle-order batsmen need to do well together. All-rounder Kieron Pollard has so far not lived up to the teams expectations by scoring only 96 runs.

What will be the role of weather in the clash between Mumbai Indians and Lucknow Super Giants (LKN vs MI ) ? This will also be a big question. The sky will definitely remain cloudy on Sunday but it will not be successful in reducing the effect of heat. The maximum temperature of the day is expected to go up to 34 degrees centigrade. While the minimum temperature is expected to remain up to 29 degrees centigrade. There is only a 5 percent chance of rain, while the humidity will once again test the players here, especially the team chasing the target and going to bat later.(LKN vs MI )