The 15th match of IPL 2022 will be a battle between two neighboring states of India as Lucknow Super Giants will take on Delhi Capitals. Both the teams are being led by two young Indian captains who are being projected as future captains of the national side. LSG has managed to win 2 out 3 matches in the tournament and are placed in the 4th position. They defeated Sunrisers Hyderabad in the previous match by a small margin of 12 runs.

Delhi Capitals started their campaign with a win against Mumbai Indians, defeating them by 4 wickets after chasing 178 runs in 18.2 overs. Against Gujarat Titans in the second match, DC fell short of the target by 14 runs.

In whose place will Warner play?

New Zealands Tim Seifert, who has opened the batting in two matches, may be dropped if Warner joins the team. Warner can be seen opening the match with Prithvi Shaw. Nortje is expected to replace Khaleel Ahmed in the team. Khaleel has impressed, but he may have to make sacrifices for Nortje.

Talking about Lucknow Super Giants, Australian all-rounder Marcus Stoinis will not be able to play in this match either. Pakistan played its last match on the tour of Pakistan on Tuesday (April 5). Stoinis will join the team soon. Jason Holder had an impressive performance in the last match. Lucknow captain KL Rahul can enter this match without any change. 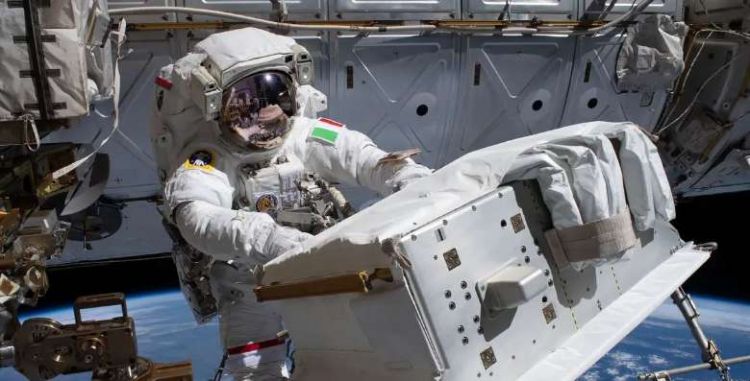 Australian players will also be seen playing in IPL

The special thing is that now Australian players will also be available for IPL. The attacking batsman David Warner from Delhi Capitals while all-rounder Marcus Stoinis will join the team from Lucknow, which will strengthen the playing XI of both the teams. Apart from this, Delhi will also get the services of fast bowler Anrich Norkia. Delhi assistant coach Shane Watson said a day before the match that David Warner has come out of quarantine so he will definitely be available for selection in the next match. He said that Enrich Norkia has done a great job in the last few weeks since his arrival in India. He has passed the fitness test and will be available for selection. It is expected that David Warner will be included in the Delhi Capitals squad in place of Tim Seifert, while Stoinis will replace Andrew Tye or Evin Lewis in the Lucknow team. Right now he is more likely to be included in the playing XI in place of Andrew Tye.

Discussion about playing XI of both the teams

However, in the absence of Mark Wood in the Supergiants team, there is no fast bowler and in such a situation, Rishabh Pant and coach Ricky Ponting may give former Punjab captain Mandeep another chance. If Mandeep is dropped, the Delhi team will have three options in his place in the form of Kona Bharat, Sarfaraz Khan and Yash Dhul. Sarfaraz was in pretty good form during the first-class season, while Bharat did well against Royal Challengers Bangalore last year when he got a few chances. Talking about Lucknow, Manish Pandeys batting is a matter of concern for the team. Gambhir is known to support his players and in such a situation, Pandeys place in the playing XI could be left. Also, it cannot be denied that Lucknows bench strength is not strong when it comes to Indian batting options. The team has Manan Vohra and Uttar Pradesh limited overs captain Karan Sharma. Vohra hasnt established himself even after spending a decade in the IPL while Karan has a lot to learn.

With David Warner likely to be back in the Delhis team, they will surely edge a little bit over Lucknow Super Giants.

The live streaming of Lucknow Super Giants vs Delhi Capitals, the 15th match of IPL 2022 will be available on Hotstar app and Star Sports Network.

You can also catch the live commentary, scorecard, and latest updates of the Indian Premier League 2022 match between LSG vs DC on possible11 youtube channel

The pitch of the Maharashtra Cricket Association Stadium in Pune is made of red clay. The mood of the pitch here is also similar to Wankhede and DY Patil Stadium in Mumbai. This means that the MCA pitch in Pune will benefit the batsmen and see high-scoring matches. Before this match, two matches have been played at this ground. In the last match, Gujarat had scored 171 runs for 6 wickets against Delhi, which the Delhi team could not achieve. Delhis team could score 157 runs for 9 wickets.

Earlier the match played between Sunrisers Hyderabad and Rajasthan Royals was high scoring. Batting first in this match, Rajasthan scored 210 runs for 6 wickets. In response, Hyderabad team could score 149 runs for 7 wickets and lost the match by a huge margin of 61 runs. The role of dew on this ground is different from that of Mumbai grounds. So far in the two matches played in the league, the teams batting first have been able to save the target. .