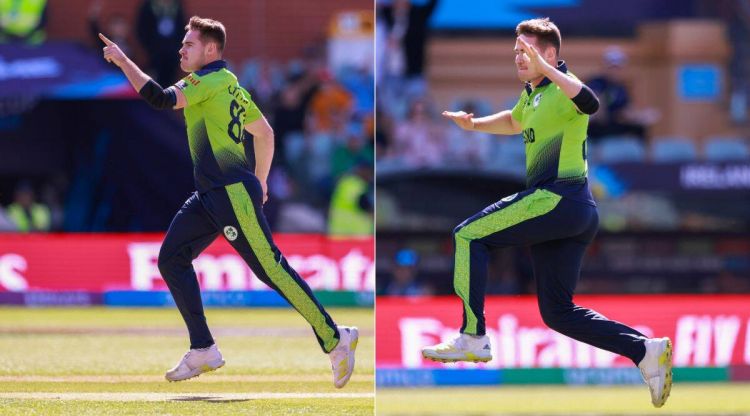 Joshua Little took a hat-trick in the 19th over against New Zealand. At one point, New Zealand had lost only three wickets for 18 overs, scoring more than 170 runs. The team was moving towards a big score. In the 19th over, Joshua came to bowl and he changed the course of the match. He got Williamson caught by Delany on the second ball of the 19th over. On the third ball, he dismissed James Neesham lbw. After this, on the fourth ball, Joshua dismissed Mitchell Santner lbw. New Zealands team had three wickets on the first 174 and after the hat-trick, New Zealands score was 174 for six. And with this Hat Trick, he has become the 6th Hat Trick taker in this tournament since 2007 till now.

The first hat-trick in the T20 World Cup is in the name of former Australia fast bowler Brett Lee. He took a hat-trick against Bangladesh in the first edition of the tournament in 2007. After this, after going to the T20 World Cup after 14 years, there was a hat-trick. Irelands Curtis Kampfer took three consecutive wickets against the Netherlands in Abu Dhabi. After this, Sri Lankas Vanindu Hasaranga, South Africas Kagiso Rabada and UAEs Karthik Meiyappan joined the list. Now the name of Joshua Little has also joined this list.