Kohlis unwanted record, such taunts have to be heard on social media 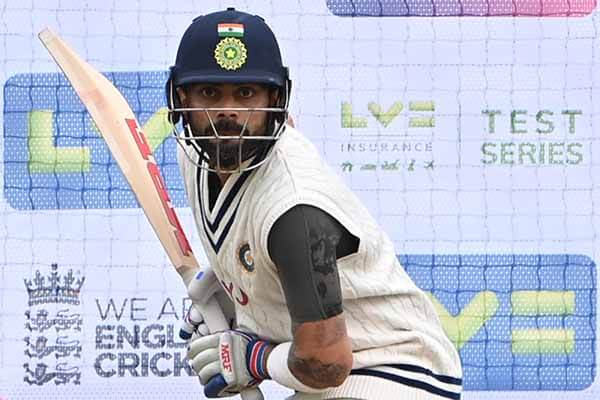 New Delhi: The second day of the first Test against England being played for Indian captain Virat Kohli was not good at all. Kohli returned to the pavilion by taking a catch behind the wicket on the very first ball of Anderson.
Kohli tried to play Andersons ball, which came on the fifth or sixth stump, and the ball kissed the outer edge of his bat and went into the gloves of wicketkeeper Butler. Kohlis dismissal gave James Anderson a hat-trick opportunity, but the direction of the third ball remained very much outside the leg-stump.

Anderson missed the hat-trick, but Virat made an unwanted record of golden duck by getting out on the very first ball in the third innings of his career. Let us tell you that before this, Virat was out against England in the year 2018 and against the Windies in the year 2019 without opening an account while facing the first ball.
And now when Virat got out on the second day of the ongoing first Test against England, he came under the target of fans for his unsolicited record on social media and they taunted Kohli fiercely.

Let us see for ourselves that when a legend does not live up to the expectation, social media does not spare him at all. Lets first watch the video of Kohlis dismissal

Getting rid of Virat Kohli on golden duck is just massive, no wonder Jimmy was pumped up.pic.twitter.com/ZpcULtjr75

Heres How Fans Linked His Golden Duck to the Olympics

India is yet to get gold medal ? in Olympics, so Virat Kohli got out on a golden duck to motivate our athletes to get gold.
MY GOAT ? pic.twitter.com/M6QYiiJyJL

we don’t have a gold medal yet but at least we got the golden duck ?? pic.twitter.com/1ehCljXkVU

Their opinion is the same

Finally it’s a gold for India. Not in Olympics 2020 but in Cricket as Indian captain Virat Kohli gets out for golden duck.? #Cricket

Its true, Babar Azams fans must be thinking the same thing.

There is no dearth of creative people in attacking

I literally just turned the cricket on to see Jimmy’s bunny return for a golden duck #ENGvIND #Kohli pic.twitter.com/lqiu3bxmqI

You understand the full story of the Golden Duck