IND vs ENG: Big blow to England, Jofra Archer out of cricket 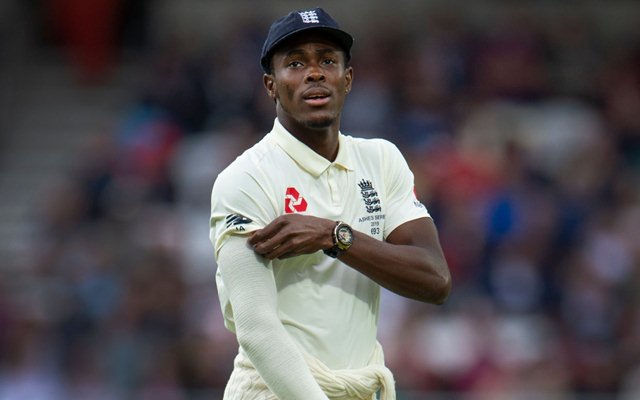 IND vs ENG: Big blow to England, Jofra Archer out of cricket for a long time, will not be able to play many big tournaments

London: The England team has got a big blow. And the England and Wales Cricket Board has now confirmed that its star fast bowler Jofra Archer is not only from the Test series being played against India but also after the T20 World Cup (T20) to be played at the end of this year.
World Cup) and have also been out of the Ashes series. It is very easy to understand that even in IPL he will not be able to play. Jofra Archer did a scan of his injured elbow only last week. And the fracture has come out in the scan.

The ECB issued a statement saying that based on the findings of the scan, it has been concluded that he has been out of cricket for the rest of the year. This cricket includes the ongoing series against India, the T20 World Cup, and then the last Ashes series.
He underwent surgery this year to remove a bone fragment from his elbow, and he made a comeback last month through first-class cricket, but his injury resurfaced.

According to the ECB, according to the return of the bowling program, Archer felt uncomfortable during the 50-over practice match played against Oxfordshire. During this, he found that he is feeling the pain more than before.
The ECB said that his operation had nothing to do with the stress fracture, which had pulled him away from active cricket last time. The ECB said that now Archer will undergo a rehabilitation program while away from active cricket before returning for medical review.

The apex body of English cricket also confirmed that Ben Stokes has withdrawn from the ongoing series against India. Stokes priority is to be incomplete mental recovery and rest his injured finger. Stokes finger has not fully recovered since his return to cricket this month.