Eng vs Ind: Ben Stokes takes an indefinite break from Cricket, Craig Overton got a place in the England team

LONDON: Englands star all-rounder Ben Stokes has taken an indefinite break from cricket keeping his mental health a priority and will miss the Test series against India starting on August 4.

The England and Wales Cricket Board (ECN) said in a statement that Stokes has also taken a rest due to a finger in his left hand which did not fully recover until his return to competitive cricket earlier this month.

The mental health of cricketers has been a topic of constant discussion during the Covid period as players have to live in a bio-secure environment for months.

He said, Ben has shown tremendous courage by talking openly about his feelings and well-being.

Our priority has always been the mental health and well-being of our players and will continue to be so.

Craig Overton has been included in Englands squad for the series against India in place of Stokes. 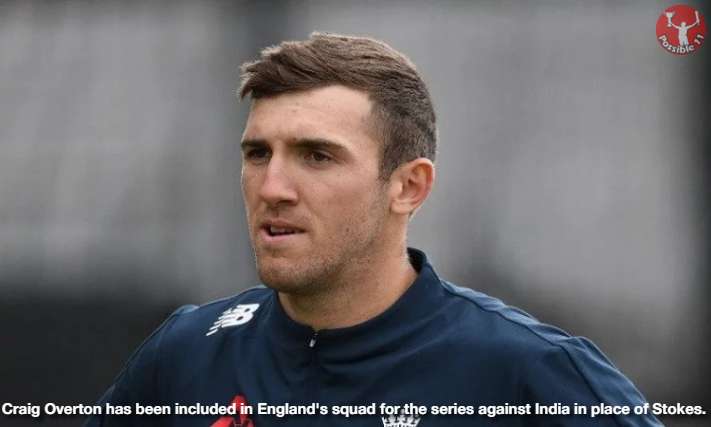 Let us tell you that the series against England is starting on August 4.

For this series, it was decided to send Suryakumar Yadav and Prithvi Shaw to England in place of injured Washington Sundar and Avesh Khan, but after Krunal Pandya was found to be Covid-19 positive, the whole picture changed, and at present BCCI has decided to send these.

Decided to stop both. In the next few days, a decision will be taken about sending the options of these two to England.