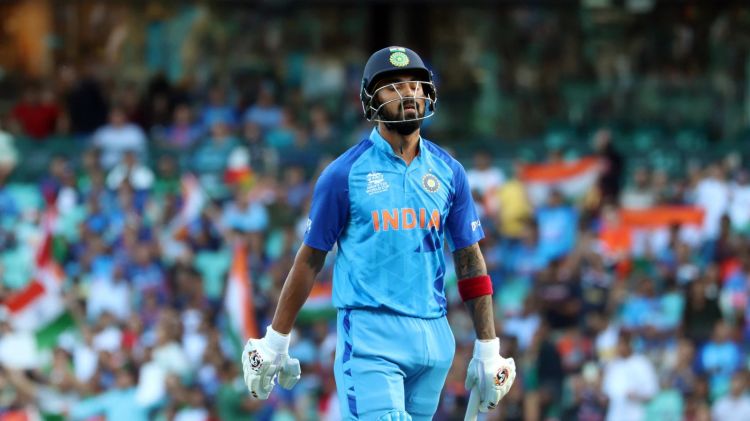 KL Rahul, famous for scoring runs in the Indian Premier League (IPL) and wearing the Orange Cap, went to Australia this time as the vice-captain of the Indian team for the T20 World Cup 2022. If we look at their record in the last World Cup and big tournaments, the fans had very little hope from him that he would be able to show amazing against the big teams.

Eventually something similar happened. KL Rahul could not score runs against any big team as per the expectation of the fans. It was fine till the group stage, but there was hope in the semi-final against England here also the hope proved to be in vain.

Team Indias vice-captain KL Rahul recently underwent a successful sports hernia operation in Germany. After this, he was selected for the T20 World Cup 2022 after playing the ODI series on the Zimbabwe tour. The selection committee should have looked at KL Rahuls record in the T20 World Cup before including him in the team.

In fact, in the T20 World Cup record so far, KL Rahul has not scored 20 or more runs even once against the top-8 teams of the ICC T20 ranking. That is, records show that Rahul always runs away against big teams, leaving the Indian team in the middle.

In the T20 World Cup, KL Rahul has played 11 matches so far, in which he has scored 322 runs at an average of 32.20. During this, Rahul also hit 5 fifties. But you will say that this record is good, but let us tell you that all these fifty have been set against small teams. Rahul has scored all five fifties against Afghanistan, Scotland, Namibia, Bangladesh and Zimbabwe.

If we look at KL Rahuls debut in the T20 World Cup, he was seen to flop badly. He scored only 22 runs (4, 9, 9) in the first three matches. If Indian captain Rohit Sharma and the team management had taken some action only then, perhaps the result would have been different. But kept Rahul in the team. Then Rahul also put in two consecutive fifties against Bangladesh and Zimbabwe and told that he can also score runs, but against a weak team.

Seeing these two fifty, the captain and the management did not exclude Rahul. What happened then, no one can forget what happened in the semi-finals. In the important match against England, Rahul went on to score 5 runs in 5 balls.