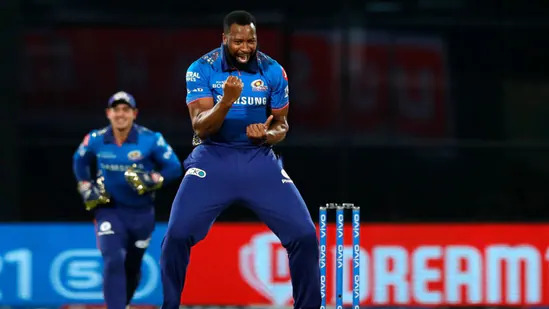 Mumbai Indians star all-rounder Kieron Pollard will no longer be seen playing in the Indian Premier League (IPL). He has announced his retirement from this T20 league. Pollard took this decision after the Mumbai Indians franchise did not retain and released him before the mini-auction for IPL 2023. Only after this, he announced his retirement from the worlds biggest league. Pollard announced this through a message written on Twitter and also revealed his role. At the same time, Mumbai Indians also confirmed this through their official Twitter handle. 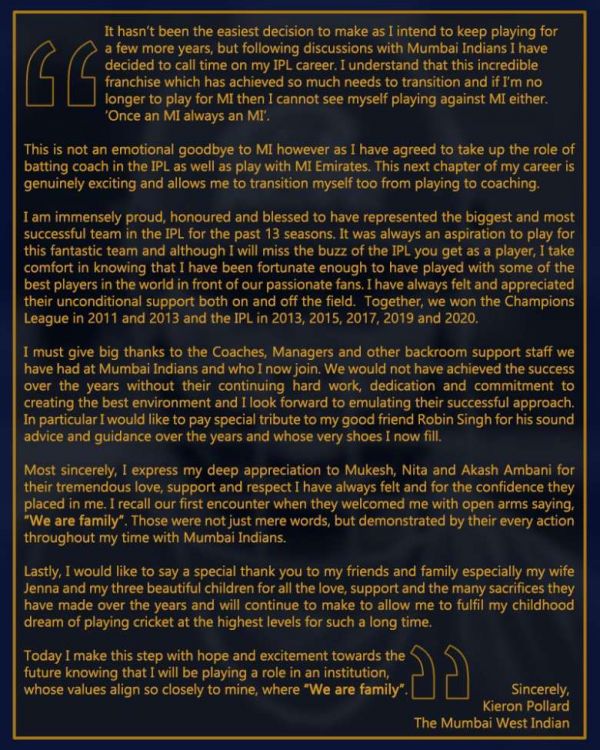 Pollard played his first IPL match on 17 March 2010 against Delhi Capitals at Arun Jaitley Stadium. At the same time, he played the last IPL match against Kolkata Knight Riders on 9 May 2022 at the DY Patil Stadium. Last season was very bad for Pollard. He could only score 144 runs in 11 matches at an average of 14.40 and a strike rate of 107.46. Due to this poor performance, it was being said that this season the Mumbai Indians team could release him. However, before that Pollard retired.

Also Read: List of top 5 players who will be in high demand in IPL 2023 auction 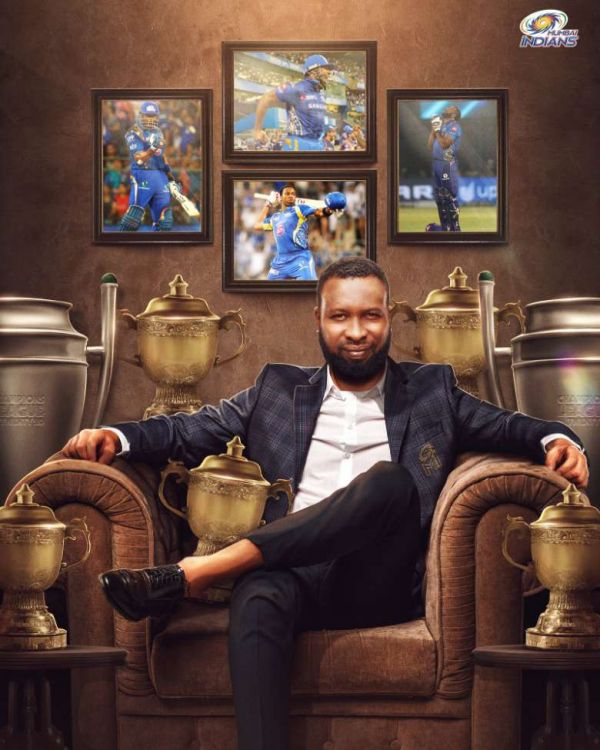 Kieron Pollards IPL cricket career was very impressive and he scored 3412 runs in 171 innings in 189 matches and his strike rate was 147.32. During this he scored 16 half-centuries and his best score was 87 not out. Pollard hit a total of 218 fours and 223 sixes in IPL while he took 103 catches. Talking about his bowling, in 107 innings of 189 matches, he took a total of 69 wickets and 4 wickets for 44 runs was his best performance. Pollard was a part of this team from 2010 to 2022 and during this time the team became champion five times.