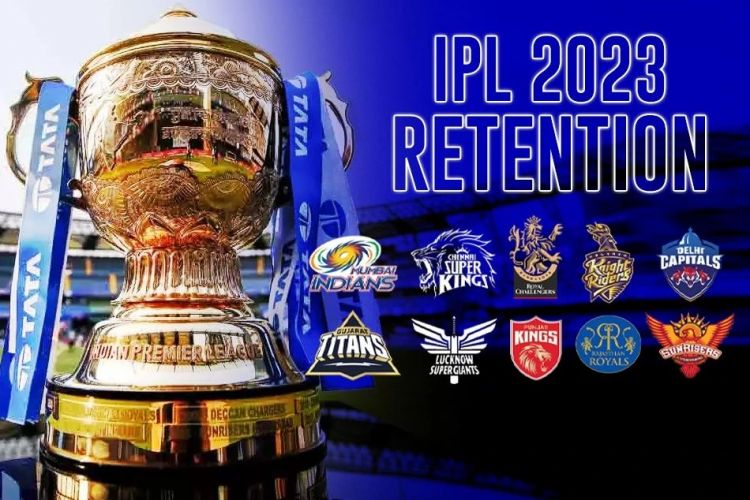 IPL 2023 Retention Live Updates: Today i.e. Tuesday (November 15) is the last day to retain and release players for IPL 2023. Many franchise teams have retained many big players so far, while teams have also released some players. By 5:00 pm today, the situation will be clear that which team has retained which player, while who has been shown the way out. Although there are reports that all the teams have prepared their list. The mini auction of IPL 2023 will be held on December 16 in Kochi. Australia captain Pat Cummins has refused to play in the 16th season of IPL, while the franchise teams are waiting for Ben Stokes to agree. Will Stokes play in the next season of IPL or not? There has been no statement from his side regarding this. However, according to media reports, Stokes, who recently won the T20 World Cup title to England, can be seen playing in the next season of IPL.

IPL 2023 Retention LIVE Updates: Finch may be out

IPL 2023 Retention LIVE Updates: Australia won the T20 World Cup in 2021 under the captaincy of Aaron Finch. Finch was a part of KKR in IPL. He could not perform well in the current T20 World Cup. The team was also out of the semi-finals. In such a situation, the KKR team is preparing to release him.

IPL 2023 Retention LIVE Updates: The team of Gujarat Titans entered the IPL for the first time last season. Under the leadership of Hardik Pandya, the team created history and also won the title. Apart from Pandya, David Miller and Shubman Gill performed strongly with the bat.

IPL 2023 Retention LIVE Updates: England all-rounder Ben Stokes made England champions by scoring a half-century in the final of the T20 World Cup recently. He didnt come last season. He has decided to give his name in the mini auction for the new season.

Kieron Pollard Latest News Updates: West Indies legend Kieron Pollard has played 614 matches in the overall T20. No other player in the world has been able to play more matches than him. He has scored 11915 runs so far. A century has been scored. Apart from this, this fast bowler has also taken 309 wickets.

Kieron Pollard Latest News Updates: Kieron Pollard was retained by Mumbai Indians for Rs 6 crore before the IPL 2022 mega auction. Pollard played IPL for 13 seasons from Mumbai Indians. He played in the IPL for the first time in 2010 on behalf of this franchise. Now he is going to become the batting coach of this team. Pollard has been a part of the IPL title team for 5 times while being a member of the Champions League Trophy winning team for 2 times. He will also play the role of batting coach in the UAE League franchise team.

MS Dhoni IPL Updates: Dhoni is going to say goodbye to IPL too!

MS Dhoni IPL Updates: MS Dhoni has made many big records in cricket. He may have retired from international cricket, but he is still the captain of Chennai Super Kings in the IPL. He has also made CSK champion 4 times. According to media reports, Dhoni can retire after IPL 2023..

IPL 2023 Retention LIVE Updates: Punjab Kings have already made many changes in the team. Shikhar Dhawan will be the new captain of the team. Shikhar Dhawan has been made the captain of the team in place of Mayank Agarwal. There are reports that Punjab Kings may release Mayank Agarwal. The franchise can also break ties with explosive batsmen Shahrukh Khan and Odeon Smith. Trevor Bayliss has been made the new head coach of the team.

IPL 2023 Retention LIVE Updates: Lucknow Super Giants have also prepared the list of retained and released players. The team can exclude big players like experienced batsman Manish Pandey, fast bowler Ankit Rajput. Australias pacer Andrew Tyes place is also in danger. Under the captaincy of KL Rahul, this team was successful in performing with a bang in the debut season last year.

IPL 2023 Updates: 5 crore extra added to the purse of the teams

Sam Billings IPL 2023 Updates: England wicketkeeper batsman Sam Billings has decided not to participate in next years IPL. Both Billings and KKR have confirmed this decision. Billings has given this information on Twitter.
Billings was bought by KKR in the IPL auction last year for Rs 2 crore.

Ravindra Jadeja IPL 2023 Updates: Will Chennai Super Kings retain or release the experienced all-rounder in the team? Before IPL 2022, Chennai Super Kings made Ravindra Jadeja the captain of the team. But, Jadeja left the captain in the middle of the season when the teams performance was disappointing and Mahendra Singh Dhoni was given the command of the team again in his place. Jadeja took 5 wickets with 116 runs in 10 matches. CSK could win 4 out of 14 matches. Since then, there were constant reports of rift between Jadeja and CSK management. It seemed that now Jadeja would walk away from this franchise.

IPL 2023 Retention LIVE Updates: Lockie Ferguson has been roped in by KKR

IPL 2023 Retention LIVE Updates: New Zealand fast bowler Lockie Ferguson has returned home. Ferguson has been roped in by Kolkata Knight Riders. Ferguson was part of the Gujarat Titans team last season. This Kiwi pacer played an important role in winning the title to Gujarat Titans. Lockie took 12 wickets in 13 matches in IPL 2022. He has taken a total of 36 wickets in 35 IPL matches.

IPL 2023 Retention LIVE Updates: Will star all-rounder Ben Stokes, who played a key role in making his team the T20 World Cup champion, play in the next season of IPL or not? There is a ruckus among the franchise teams regarding this. Franchise teams are constantly asking questions to the BCCI whether they will be a part of the IPL mini auction? However, if media reports are to be believed then he can play in IPL next season. Stokes has played for Rajasthan Royals in IPL.

Pat Cummins IPL 2023 Updates: Australian all-rounder Pat Cummins, who plays for Kolkata Knight Riders, has decided not to play in the next season of IPL 203. Cummins gave this information on social media.

Welcome to the sports live blog of Possible11.
Today is the last day of IPL 2023 retention. Stay connected with us for the updates of every news related to IPL.

The mini auction of players for IPL 2023 will be held in Kochi on 23 December. There are reports that all the 10 teams have prepared a list of retained and released players. Like last time, this time also in IPL 2023, 10 teams will be seen trying their best for the trophy. Which franchise had which players in the 15th edition of IPL 2022, let us know: –