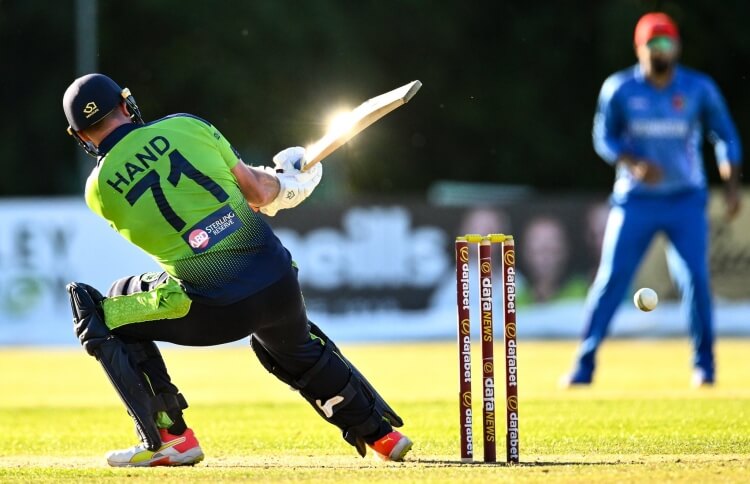 The first match of the five-match T20 series played between Ireland and Afghanistan (IRE vs AFG), the Ireland team has suffered consecutive defeats in the last three series, although the Ireland team has played a lot against strong teams like India, New Zealand, and South Africa. Have done well which is a good sign for Ireland (IRE) cricket. Young players Harry Tector, and Curtis Campher have impressed everyone with their performance, in this series Ireland team is expecting good performance from experienced players.

On the other hand, Afghanistan (AFG) team defeated Zimbabwe team in the last ODI and T20 series, before that against Bangladesh in March, Afghanistan has also won T20 matches, due to which the morale of all the players of Afghanistan team is very high. Will try to maintain its dominance.

Ireland had recently suffered a 2-0 defeat in the T20 series against South Africa, so now Irelands eyes will be on victory. The command of the host team is in the hands of Andrew Balbirnie. All eyes will be on Paul Stirling, Lorcan Tucker, Harry Tector, and George Dockrell.

When it comes to the bowling of the hosts, Craig Young and Joshua Little has done very well, so both these players can trouble the Afghan teams batsmen. Gareth Delany also bowled well against South Africa, so Delany can also make an important contribution to the team.

Ireland have lost their last 11 international matches, including the final of the T20 World Cup qualifiers. In the last two months, he has played bilateral series against the likes of India, New Zealand and South Africa. They managed to do well against all these giants and most of the matches were equally contested by Ireland. Andy Balbirnie and Paul Stirling will probably open the innings. Lorcan Tucker will bat a one-down position. The middle order will be handled by Harry Tector and Gareth Delany. George Dockrell and Andy McBrine will oversee their teams spin bowling. Joshua Little and Mark Adair will lead their teams pace attack.

Afghanistan, led by Mohammad Nabi, would like to win the first match of the series and take a 1-0 lead. For which Hazratullah Zazai, Najibullah Zadran and Hashmatullah Shahidi will be responsible for scoring big.

Rashid Khan, Faheed Ahmed Malik and Noor Ahmed will have to do well to trouble the hosts. Let the Afghanistan team win the last 5 matches and enter the field against Ireland. Which can benefit them mentally.

Afghanistan had achieved clean sweep victories over Zimbabwe in both the ODI and T20I series in June. They had also defeated Bangladesh in a T20I match in March, Most of the players have done well in the domestic T20 tournament that was completed last month. Both the teams are in equally good form and it is likely to be a level match, Rahmanullah Gurbaz and Hazratullah Zazai will likely open the innings. Darvesh Rasuli will bat in the one-down position. The batting of the middle order will be handled by Hashmatullah Shahidi and Najibullah-Zadran. Rashid-Khan and Mohammad Nabi will take charge of their teams spin bowling. Fazal Haque will lead his teams fast bowling attack.

Paul Stirling He is the opener of the Ireland team, he has scored 2940 runs in 109 matches in his T20 career, he has the ability to score fast runs in the power play, he can score big in this match.

Rashid Khan He is one of the best all-rounders in the world in T20 format, he has taken 109 wickets in 61 T20 matches, he has the ability to score fast runs in the last over

Rahmanullah Gurbaz In 9 matches in the Shpageeza Cricket League 2022, he made 342 runs at an average of 48.85 and a strike rate of 181.91. He was the only batter who scored a century in the tournament.

This pitch is friendly to the batsmen, although in the beginning, fast bowlers get a lot of help on this pitch but still winning the toss and batting first will be the right decision on this pitch.