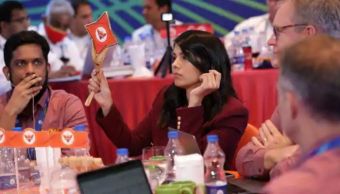 The six teams in the new South African T20 league which is set to begin in January next year have been bought by owners of franchises in the Indian Premier League (IPL). Reliance Industries Limited, RPSG Sports Private Limited, Sun TV Network Limited, Chennai Super Kings Cricket Limited, Royals Sports Group, and JSW Sports won the bids for the six franchises. Reliance is the owner of Mumbai Indians, while RPSG owns Lucknow Super Giants. Sun TV is the owner of SunRisers Hyderabad while Royals Sports Group and JSW Sports own Rajasthan Royals and Delhi Capitals respectively. Chennai Super Kings Cricket Limited is, of course, the owner of CSK.

The open bid process, managed by Deloitte Corporate Finance, attracted over 29 entities interested in owning a franchise worldwide. Over 10 venues were made available for interested bidders to own a franchise and all 10 received expressions of interest.

Commenting on the selection process, the Commissioner for the new league, Graeme Smith said: “We are thrilled to welcome our new franchise owners to the South African League taking place in January and February 2023. This is truly an exciting time for South African cricket; the overwhelming interest shows that the country remains valued in the global cricketing eco-system.

“A robust bidding process was followed to select the final six owners, the decision was informed by a scorecard based on various criteria to ensure the utmost professionalism, independence, and objectivity to the process. I want to thank Deloitte as our advisors for doing a thoroughly professional job in helping South African cricket find partners who add substantial value to our game.

The strong sports background of the respective owners and the global brands they manage ensures that South African cricket and the broader industry will benefit from their expertise and resources, as they bring stability and experience to the League.”

The league is set to begin next year. “We have already contracted a number of leading international players who will be announced shortly. Combined with our strong South African player base, fans and stakeholders can be assured that the new League will showcase exciting talent and skill,” Smith concluded.

The six successful IPL bidders who will be part of this South African cricket League are:

All six successful bidders have extensive experience in operating franchises across multiple sports and deep cricketing expertise through their ownership in the world’s leading T20 tournament, the Indian Premier League.