IPL 2022: Delhi Capitals reveal their new jersey ahead of the season 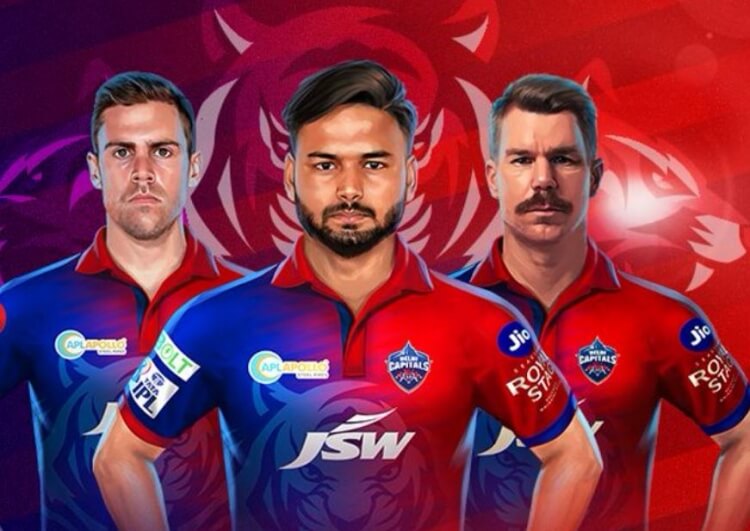 IPL 2022: Delhi Capitals have unveiled their new jersey ahead of the 2022 edition of the Indian Premier League (IPL).

Delhi Capitals have unveiled their new jersey ahead of the 2022 edition of the Indian Premier League (IPL). The official Twitter handle of the franchise shared the new jersey design on Saturday (March 12), taking the netizens by storm. While they have continued with blue as the primary colour of the jersey, the kit is significantly dominated by the red color as well.

There’s also a Tiger print on the jersey and fans are pretty impressed with the design. Delhi Capitals, who were previously known as Delhi Daredevils, have become a force to reckon with in recent years. The side has qualified for the playoffs in the last three seasons and even featured in their maiden final in the 2020 edition, where they lost to Mumbai Indians in the summit clash.

The Rishabh Pant-led side would be confident ahead of the gala tournament. Meanwhile, besides the jersey, the squad has also been changed significantly at the last month’s mega auction. While the side has parted ways with the likes of Shikhar Dhawan, Shreyas Iyer, and Kagiso Rabada, David Warner, Mitchell Marsh have been added to the scheme of things.

Meanwhile, IPL 2022 is set to get underway on March 26 and fans must have marked their calendars. This year’s competition is set to be a grand affair with two new teams – Lucknow Super Giants and Gujarat Titans – coming into the picture. Hence, for the very first time since 2011, a total of 10 teams will feature in an edition of IPL. Meanwhile, DC will kick-start their campaign against Mumbai Indians on March 27 at the Brabourne Stadium in Mumbai.