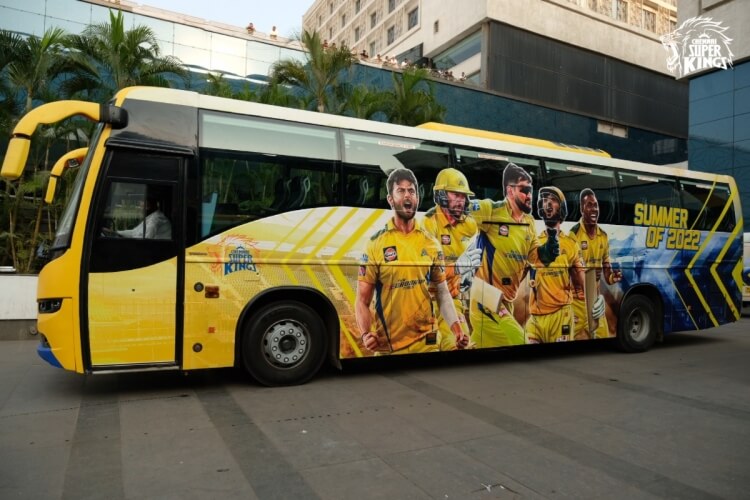 MS Dhoni and his CSK team, a video of which was shared by the franchises Twitter handle on Monday.

CSK received a rousing welcome from fans in Surat when they arrived in the city earlier this week to kick off their preparation for the impending 15th season of the Indian Premier League (IPL). Fans lined up in the streets to catch a glimpse of MS Dhoni and his CSK team, a video of which was shared by the franchises Social handle on Monday.

In the video, captioned, “Abhara Surat! Those eyes that smile with give us the joy, everywhere we go!" the trademark yellow-coloured CSK bus is spotted making its way to the stadium amid the fanfare, most of whom were out with their own CSK jerseys, before Dhoni is seen walking towards the venue.

CSK are among the few teams to have begun their training for the new season which will begin from March 26. Besides Dhoni, Ambati Rayudu, KM Asif, and U-19 World Cup star Rajvardhan Hangargekar were also spotted as they hit the nets under the watchful eyes of bowling coach L Balaji.

Some changes in CSKs team

CSKs team will be seen changing this time and again. CSK had retained only Ravindra Jadeja, Mahendra Singh Dhoni, Rituraj Gaikwad and Moeen Ali this time. For this reason, Faf du Plessis was available for auction and was bought by Bengaluru. CSK team will miss Du Plessis this time. He has performed in many big matches for Chennai.

This time he will be seen playing for Royals Challengers Bangalore. Apart from this, Deepak Chahar was bought by the team at a huge price of 14 crores. Due to injury, he will not be able to play some of the opening matches.

Making the scenes perfect on the field from behind - The Super Support Staff ??#WhistlePodu ? pic.twitter.com/gLCDfm5yht