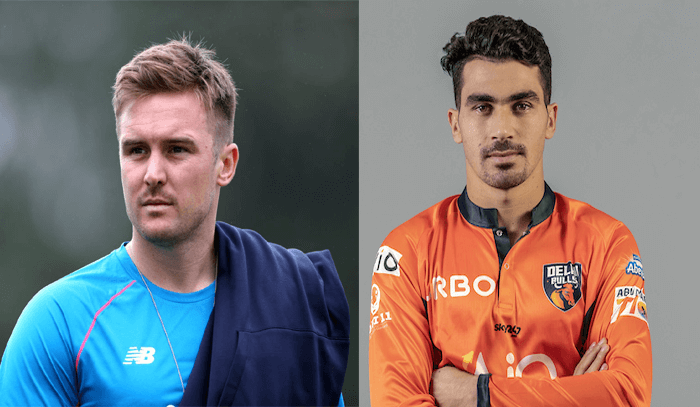 Explosive England opener Jason Roy had left everyone shell-shocked when he decided to withdraw from the IPL 2022 with immediate effect last week citing bio-bubble fatigue. He then made it clear the very next day that he wanted to spend some quality time with his family ahead of the grueling cricketing schedule down the line.

Roy was signed by the new entrants Gujarat Titans at the two-day event in Bengaluru for INR two crore. The South Africa-born cricketer’s sudden decision to back out from the upcoming marquee tournament left Gujarat in a fix and they started looking for replacement options instantly. Lately, the new franchise has supposedly found a replacement for the dynamic opener even though they are yet to announce it officially.

Gujarat Titans will in all likelihood be replacing Jason Roy with Rahmanullah Gurbaz, the hard-hitting Afghan opener, for the upcoming Indian Premier League. Roy had pulled out of the IPL as he didnt want to stay in the bubble for a prolonged period. Apart from having a 150-plus career T20 strike rate as an opener, Gurbaz is also a handy keeper which makes him a multi-utility player. The most exciting aspect is the 20-year-olds ability to clear the ropes with 113 sixes in 69 career T20 games.

On March 8, Gurabaz himself shared a story of being named as Jason Roy’s replacement on his official IG handle but the news is yet to get official from the franchise’s end.

The Gujarat Titans will be led by star India all-rounder Hardik Pandya who has been an integral part of the competition’s most successful team Mumbai Indians so far. The Titans will kickstart their campaign against other new entrants Lucknow Super Giants on March 28 at the Wankhede Stadium in Mumbai.