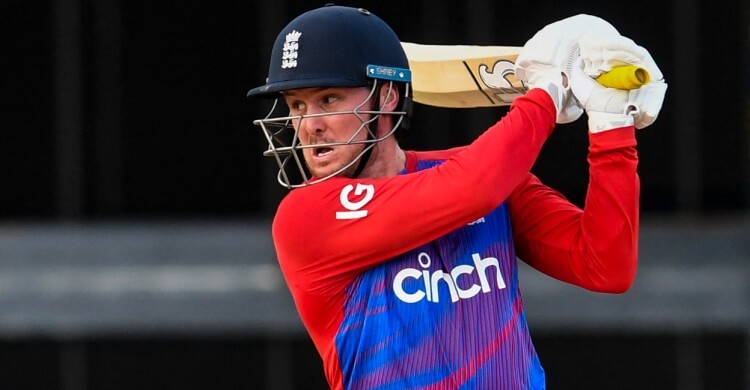 Jason Roy Pulls Out of IPL 2022; Gujarat Titans to Look For Replacement:

The batter, who was signed by Gujarat Titans, has cited the challenge of staying in the tournament bubble for an extended period

Indian Premier League (IPL) side Gujarat Titans have reportedly suffered a setback ahead of the upcoming season, as England opener Jason Roy has pulled out of the tournament “citing the challenge of staying in the tournament bubble for an extended period”

A report in espncricinfo said on Tuesday that the 31-year-old cricketer, who was signed by the Titans for his base price of Rs two crore at the IPL mega auction barely a fortnight ago, had informed the franchise of his decision to quit last week.

The report said that the Titans are yet to finalize a replacement. Roy had played for SunRisers Hyderabad (SRH) in IPL 2021.

This is the second time Roy has decided to not to play the IPL after finding a team at the auction. In 2020, Delhi Capitals picked up Roy for his then base price of Rs 1.5 crore but he opted out for personal reasons. The IPL 2022 will be a 10-team event and will take place in Mumbai and Pune during the league phase. Teams will operate out of a bubble through the season, although the IPL is yet to share the guidelines and protocols with the franchises.

If Roy were to be in the bubble throughout the IPL 2022, he would probably need to be away from his family, which includes his second child who was born in January, for more than two months, with the tournament set to begin on March 26 and end with the final on May 29.

The Titans would have been the fourth franchise Roy would have played for in the IPL, having earlier represented Gujarat Lions (2017), Delhi Daredevils (2018), and Sunrisers Hyderabad (2021). He went unsold at the 2021 auction but was drafted in as a replacement for the Australia allrounder Mitchell Marsh. Roy has scored 329 runs in 13 IPL matches at an average of 29.90 and a strike rate of 129.01, including two half-centuries, which came in his respective team debuts for the Daredevils and the Sunrisers.

Meanwhile, all-rounder Hardik Pandya has started to put in hard yards as he gets ready to lead the Gujarat Titans in the upcoming Indian Premier League (IPL) 2022 edition. Pandya is training alongside Abhinav Manohar, Darshan Nalkande, Varun Aaron and head coach Ashish Nehra is overseeing the preparations.