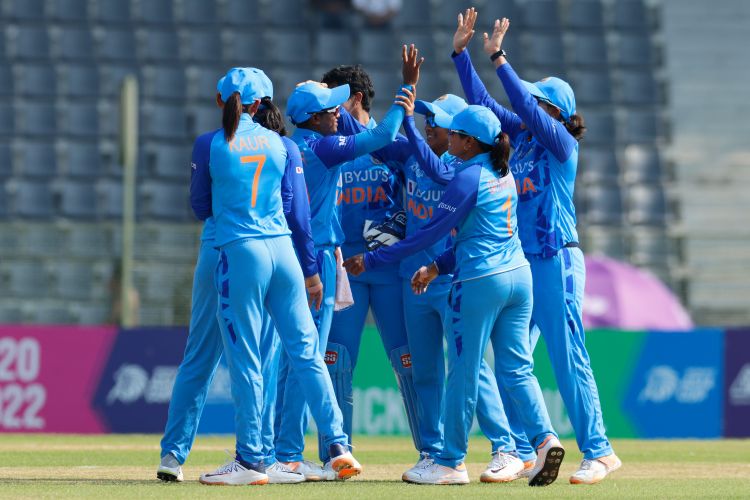 India beat Sri Lanka by eight wickets in the final of the Womens Asia Cup. Team India has become the champion for the seventh time in a row. Both the teams have met in the final of Asia Cup five times and each time India defeated Sri Lanka. India has won this tournament the most seven times, while Sri Lankas team has lost in the final for the fifth time. Batting first, Sri Lanka won the toss and set a target of 66 runs in front of India and Team India achieved it by losing two wickets.

India beat Sri Lanka by eight wickets - India defeated Sri Lanka by eight wickets in the final of the Womens Asia Cup. Batting first, Sri Lanka scored 65 runs for the loss of nine wickets. In reply, India scored 71 runs in 8.3 overs for the loss of two wickets and won the match by eight wickets. Smriti Mandhana ends the match with a six. He played an unbeaten inning of 51 runs in 25 balls. During this, his bat hit six fours and three sixes. Captain Harmanpreet remained unbeaten on 11 off 14 balls. Kavisha Dilhari and Ranaweera took a wicket each for Sri Lanka.

Renuka Singh took three wickets for India in the bowling, while Rajeshwari Gaikwad and Sneh Rana got two wickets each. At the same time, Ranaweera scored the highest 18 runs for Sri Lanka. Apart from him, only Ranasinghe could touch the double figure, who scored 13 runs.

So far, the Womens Asia Cup has been organized eight times and the Indian team has reached the final every time. It has won seven times, while Bangladesh won the tournament in 2018 by defeating India in the final.