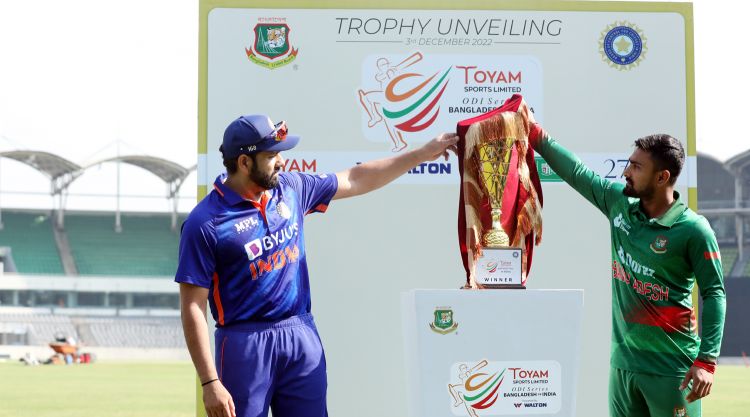 IND vs BAN The three-match ODI series between India and Bangladesh will begin on Sunday. Shikhar Dhawan and KL Rahul will compete for the opener along with skipper Rohit Sharma. For the ODI World Cup to be held in India next year, the Indian management wants to start preparing to shape its team from now itself. In such a situation, one would like to avoid too many experiments.

A few years ago, the pair of Rohit and Dhawan was very much liked in ODIs. However, in the 19 ODIs played this year, Dhawan has scored at a poor strike rate of 75.11, compared to 101 between 2016 and 2018. KL Rahul has scored 5 centuries and 10 half-centuries in 45 ODIs. He has a strike rate of over 85 and an average of 45. If Dhawan plays in the match, Rahul can be fielded in the middle order. He has batted in the middle order before and has done brilliantly.

The Bangladesh team will have the opening pair of Liton Das and Anamul Haque. It will be interesting to see who will bat at number three. Although Shakib can get this responsibility. Whereas wicketkeeper Mushfiqur Rahim can bat at number four and Mahmudullah at number five. Mustafizur Rahman will lead the pace attack in the team, in which he will be supported by Ibadat Hussain and Hasan Mahmood. The responsibility of the spin attack will be in the hands of Shakib Al Hasan and Mehidy Hasan. Both will also be seen in the role of all-rounders.

The first match of the 3-match ODI series to be played between Bangladesh and India will be played at Shere Bangla National Stadium, Mirpur, Bangladesh at 11:30 AM according to Indian time. The return of Virat Kohli and Rohit Sharma has made the team look stronger than ever. In this series, young players from the Indian team will have a golden opportunity to prove their talent.

On the other hand, Bangladesh team will be seen playing in the absence of experienced opener Tamim Iqbal in this series, although the team has a good mix of young players along with experienced players like Liton Das, Shakib Al Hasan, Mushfiqur Rahim. And being favored by home conditions, she has the potential to present a good challenge to the Indian team. Both the teams would like to open the account with a win in the series after performing brilliantly in the first match.

Also Read: Mohammad Shami ruled out of Bangladesh ODI series due to injury, Umran Malik to replace him 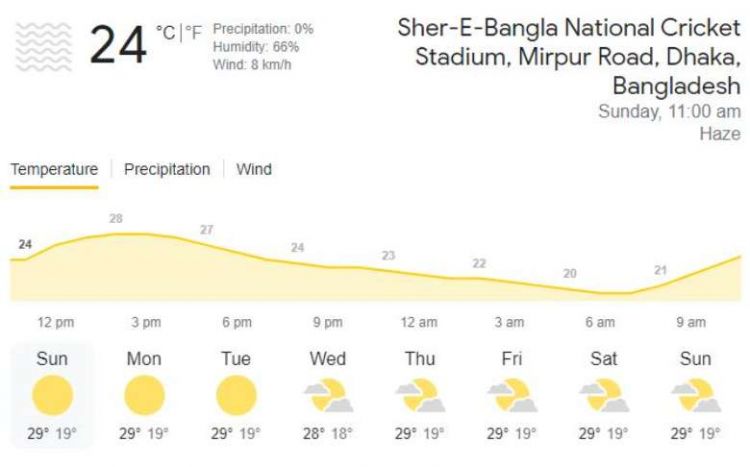 India vs Bangladesh Weather Report, The first match of the ODI series between India and Bangladesh will be played on 4 December. This match between the two teams will be played at the Sher-e-Bangla Stadium in Dhaka. Before this match, the Meteorological Department has given great news to the fans. Actually, the Meteorological Department has told that there is absolutely no possibility of rain in Dhaka during the match. On the other hand, the temperature here can remain around 20-29 degrees on Sunday. The temperature is just right for a great game of cricket.