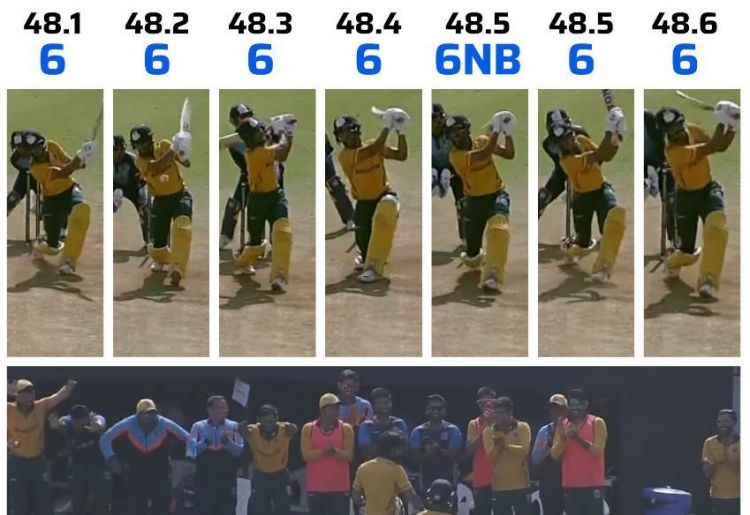 Ruturaj Gaikwad became 1st batsman in the world to hit 7 sixes in an over, Hit 7 sixes in one over against Uttar Pradesh in Vijay Hazare Trophy

Rituraj Gaikwad scored a stormy double-century in the quarterfinal match of the Vijay Hazare Trophy. In this inning, he made a big record and hit 7 sixes in a single over.

Ruturaj Gaikwad became 1st batsman in the world to hit 7 sixes in an over, Ruturaj Gaikwad played the captaincy innings on Monday. In the quarter-finals of the Vijay Hazare Trophy, he scored an unbeaten 220 off 159 balls against UP. Hit 10 fours and 16 sixes. He scored 43 runs including 7 sixes in a single over. For this reason, the team batting first scored a good score of 330 runs for 5 wickets. This is Riturajs sixth century in the last 8 innings of the tournament. From this, his best form can be estimated. He has been an important part of the Chennai Super Kings in IPL. This is the 13th century of the List-A career of 25-year-old Rituraj.

Also Read: Ruturaj Gaikwad won hearts after scoring a double century, handed over his player of the match award to Rajvardhan Hangargeka

Left arm spinner Shiva Singh was bowling the 49th over of the innings. He bowled the 5th ball no ball. Rituraj hit a six on this too. In this way, he scored a total of 43 runs including 7 sixes and no balls in the over. He has become the first batsman in the world to hit 7 sixes in an over in List-A cricket. Earlier in the match, UP won the toss and decided to bowl. Maharashtra did not have a good start. The team had lost 2 wickets for 41 runs. Rahul Tripathi got out after scoring 9 and Satyajeet scored 11 runs. But captain and opener Rituraj Gaikwad stood aside. He shared a half-century partnership with Ankit Bawne for the third wicket. Ankit was dismissed after scoring 37 runs off 54 balls.

Ruturaj Gaikwad Hits 7 Sixes in an over, Video

Ruturaj Gaikwad smashes 4⃣3⃣ runs in one over! ??

First Cricketer to hit seven sixes in an over

Rituraj Gaikwad made these records in his innings

Rituraj Gaikwad completed his century off 109 balls. And reached 150 runs in 138 balls. That is, his next 50 runs came in just 29 balls. He remained unbeaten after scoring 220 runs off 159 balls. He made a century partnership with Azim Kazi for the fourth wicket. Azim got out after scoring 37 runs off 42 balls. Hit 2 fours and 2 sixes. Karthik Tyagi was the most successful bowler. He took 3 wickets for 66 runs. 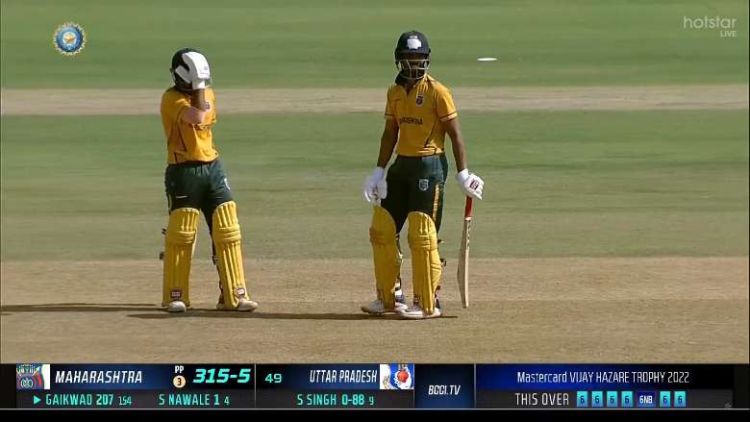 Also Read: Most runs in an over, Most runs conceded by a bowler in one over