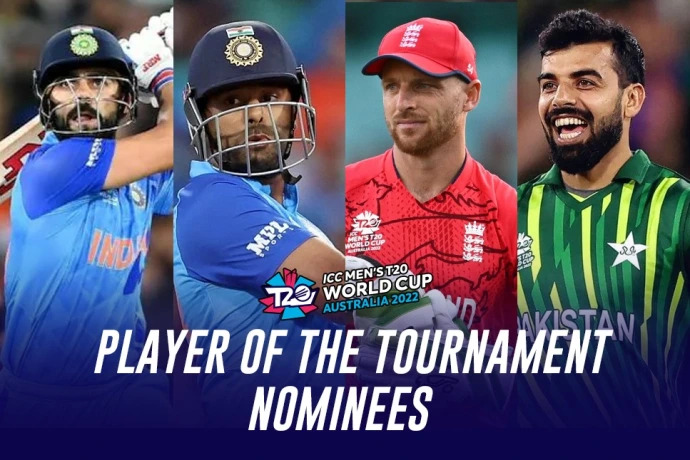 Player of the Tournament, T20 World Cup 2022 is now nearing its conclusion. Now on November 13, the final match will be played between England and Pakistan at Melbourne Cricket Ground, with this the world will get a new champion of T20. The Indian team is now out of this tournament after losing in the semi-finals, but the final match will be interesting, it is fully expected. Meanwhile, before the final, the ICC has released a list of players who can be the Player of the Series for this years World Cup. All these nine players have performed brilliantly for their respective teams. Two Indian players have also been included in the list. 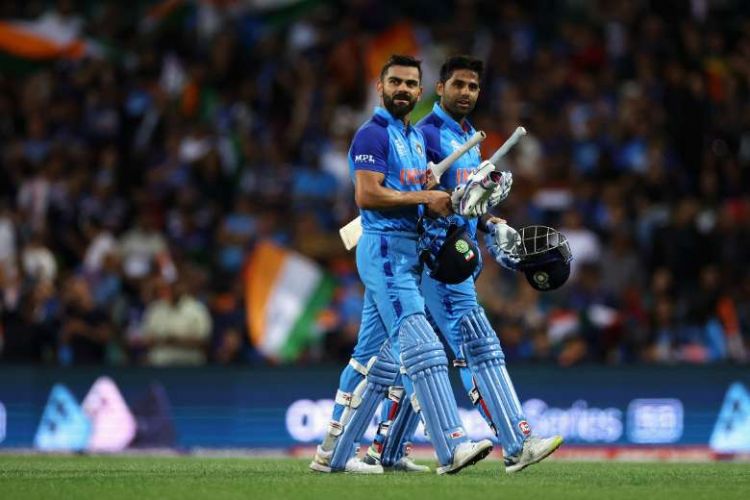 Virat Kohli and Surya Kumar Yadav, In the list that has come out from the ICC, former Indian team captain Virat Kohli has been placed at number one. Kohli has scored 296 runs in six matches this year and includes four half-centuries. Virat Kohli has scored runs this year at an average of 98.66. Kohli had played an unbeaten inning of 84 runs in the first match against Pakistan and also led the Indian team to victory. Virat Kohli is still the highest run scorer in this tournament. At the same time, Surya Kumar Yadav of India has also been included in the list. Surya Kumar Yadav has performed amazingly in this years World Cup. He has scored 239 runs in six matches and has a strike rate of 189.68. He has scored three half-centuries during this period. Which came against the Netherlands, South Africa, and Zimbabwe. Surya Kumar Yadav has overtaken Pakistan opener Mohammad Rizwan to become the number one batsman in the ICC T20 rankings thanks to his impressive performance.

Also Read: After the defeat of the semi-finals, now there will be a change in Team India

Two players from Pakistan are involved in this. First is an all-rounder and Pakistans vice-captain Shadab Khan. He not only took wickets but also worked to score runs quickly when the team needed it. Till now he has ten wickets to his name. Apart from him, there is also Shaheen Shah Afridi. Shaheen, making a comeback from injury, did not seem to be in rhythm initially, but as the tournament progressed, he bowled a lethality to his name. In the six matches he has played so far, he has taken ten wickets at an average of 14.20 and an economy of 6.17. Now both of them have to play the final match as well.

Three players from England have managed to enter this list. Captain Jos Buttler was not only impressed with his batting but also took great decisions as a captain and made remarkable contributions behind the wicket as well. Till now he has scored 199 runs. Also, eight catches are caught behind the wicket. The teams all-rounder Sam Karan has also shown an amazing game so far. Sam Curran has taken ten wickets in five matches. Also, he took five wickets against Afghanistan only. The third player from England is Alex Hales, who is the opener. Jonny Bairstow was not on the team, so he got the role. So far he has scored 211 runs with two half-centuries. All three are yet to play the final match.

Apart from this, Sikandar Raza of Zimbabwe and Wanindu Hasaranga of Sri Lanka have also been included in the contenders for the Player of the Series.