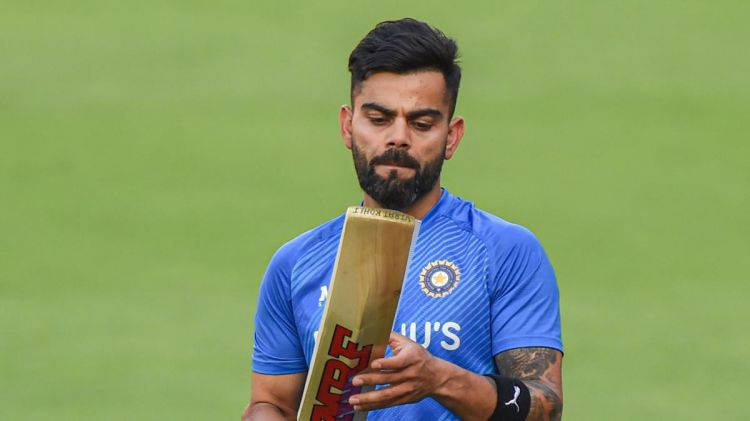 Virat Kohli becomes the first Player to score 4000 runs in T20Is, Became the first player to do so in T20 Internationals

The special connection between Virat Kohli and the Adelaide ground continued against England in the second semi-final match of the T20 World Cup 2022 on Thursday. After the dismissal of KL Rahul, Virat Kohli got a chance to bat early. In such a situation, Virat Kohli, who was in form, played brilliant innings of 50 runs while maintaining his rhythm.

Became the first player to do so in T20 Internationals, Virat Kohli completed his 4000 runs in T20 world cricket history by hitting Liam Livingstone for a four in the last ball of the 15th over of the first innings against England and by doing so created history. Apart from this, Virat Kohli also became the highest run-scorer as an overseas player in Adelaide. Virat Kohli completed his fifty in this match against England in 39 balls and it was the 37th half-century of his T20 International cricket career. At the same time, he scored 50 runs in 40 balls and this was his fourth half-century in the T20 World Cup 2022. 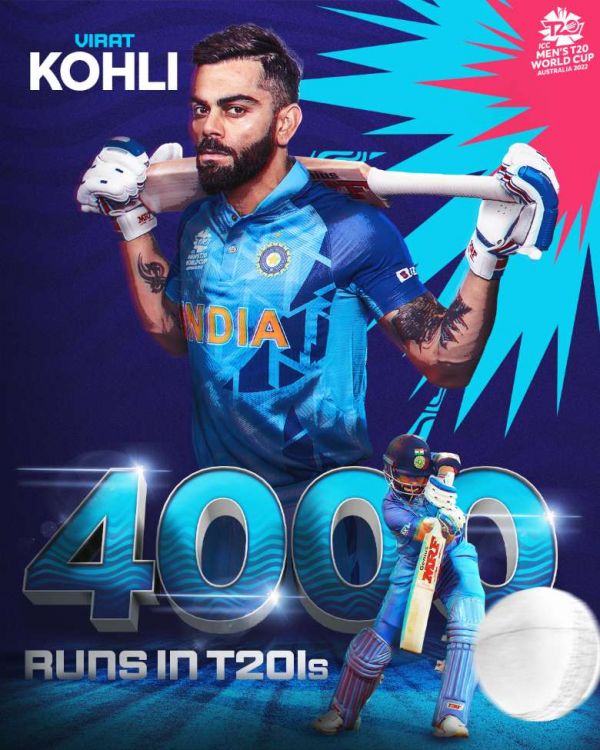 Kohli is also the first cricketer to score 3000 runs

Before this semi-final, Kohli had scored 3958 runs in a total of 114 matches in T20 Internationals at an average of 52.77. During this, Kohli scored a century and 36 fifties. But Kohli has completed 4000 runs as soon as he scored 42 runs in the semi-finals. Earlier, Kohli also became the first cricketer to score three thousand runs in T20 Internationals. He achieved this feat last year. Then Kohli scored 3 thousand runs in 81 innings of 87 matches at an average of 50.86.