After five days of quality Test cricket,India defeated England by 151 runs at the iconic Lord’s Cricket Stadium. It was a remarkable turnaround from the visitors on Day 5 as the bowlers rose to the occasion. Jasprit Bumrah and Mohammed Shami caught England off guard earlier in the day by scoring some crucial runs. The four-man Indian pace attack then put up a brilliant show as England couldn’t survive a tad less than two sessions of play.

Earlier in the day, India resumed their second innings at 181/6, having a lead of 154 runs. The visitors suffered a major blow early in the day with Rishabh Pant falling prey to Ollie Robinson for 22. Team India was dented even further when Ishant Sharma also got out. With the visitors reeling at 209/8, the England camp was nothing but ecstatic.

However, their party was dented by Bumrah and Shami. The two talismanic fast bowlers put up an exhibition of high-class batting and scored runs all over the park. From James Anderson to Mark Wood, every English bowler was taken to cleaners as the momentum tilted towards India. While Shami slammed scored a sensational half-century, Bumrah contributed with 34 runs.

The duo added 89 runs for the ninth wicket as India declared at 298/8, giving England a target of 272 runs. In reply, the Three Lions put up a horrendous batting show with wickets falling in a cluster. In fact, Indian bowlers dominated right from the outset with both openers Rory Burns and Dominic Sibley bagging ducks. 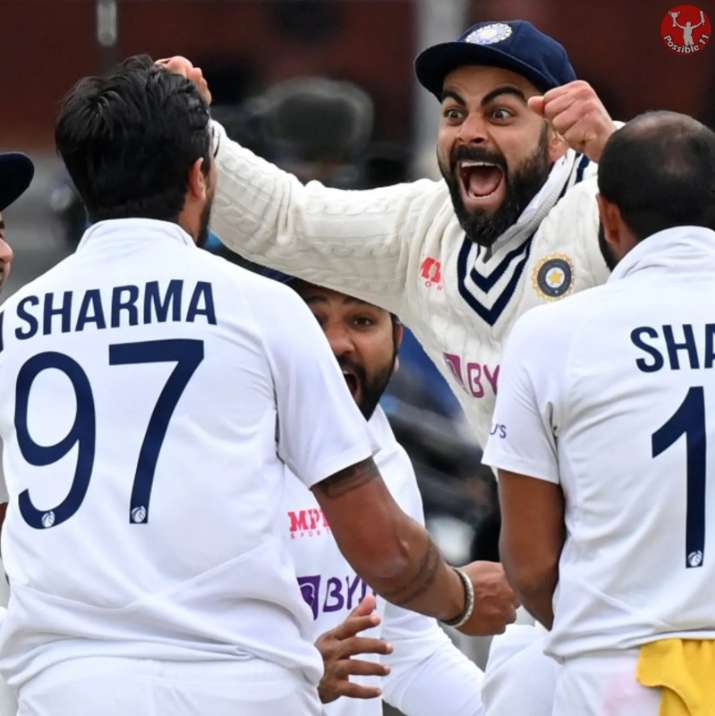 Centurion from the first innings, skipper Joe Root showcased some resilience but kept partners at the other end. Even Root’s resistance ended after scoring 33 as India tightened their grip over the contest. With the Three Lions tottering at 90/7, the visiting team’s victory seemed a mere formality. However, Joe Buttler joined forces with Ollie Robinson and the duo added some more spice to the contest.

They survived over 12 overs before getting out in quick succession. Subsequently, England got bundled out for 120 runs, losing the contest by 151 runs. With this, Virat Kohli’s men take a 1-0 lead in the five-match series. The third game gets on August 25 at the Headingley in Leeds. While the visitors would like to extend their lead, the Three Lions will be determined to settle the scores.

Meanwhile, here are the important stats and numbers from the England vs India 2nd Test Day 5

56 – Mohammed Shami registered his highest score in Test matches. His previous best score in the longest format was 51 against England in Nottingham in 2014.

34 – Jasprit Bumrah also recorded his highest score in the purest format. His previous best (28) was registered during the first match of the series at Trent Bridge.

89 – Shami and Bumrah’s partnership of 89 runs is the highest 9th wicket partnership involving number 9 & 10 batters in a Test outside India. The duo overtook Kiran More and V Raju’s stand of 77 runs in Melbourne in 1991. 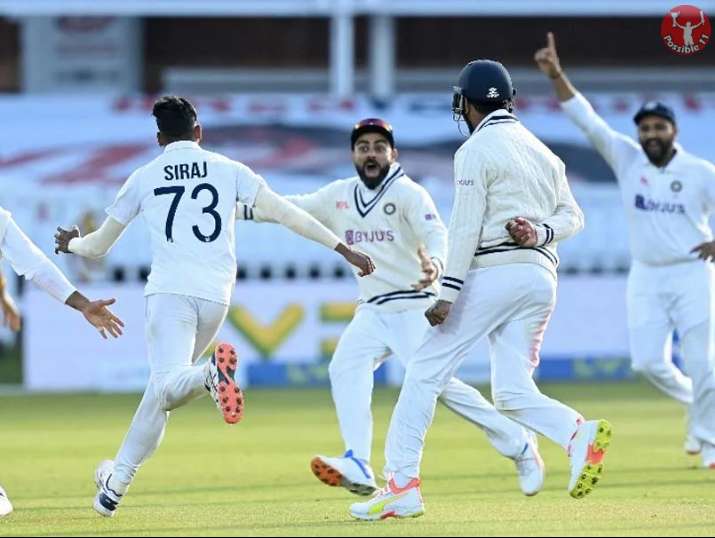 56 – Shami recorded the highest Test score by an Indian number-nine batter at Lord’s. Bhuvneshwar Kumar previously held this record, having scored 52 in 2014.

311 – Ishant Sharma is now the joint fifth-highest wicket-taker in Test matches for India. He equaled Zaheer Khan’s tally of 311 runs.

5 – Rory Burns registered his fifth Test duck in 2021, most by an England opener in a calendar year.

77 – Mohammed Shami and Jasprit Bumrah added 89 runs in the third innings. This is India’s highest ninth-wicket stand in Tests at Lord’s.

1 – This is the first time ever both England openers scored duck in a same Test innings at home.

1 – This was the first time in 10 innings that James Anderson went wicketless against India at Lord’s.

4 – Sam Curran became the fifth England player to bag golden ducks in both innings of a Test match.

1 – For the very first time, no Indian spinner has taken a wicket in two successive Test matches on England soil.

37 – Virat Kohli overtakes Clive Lloyd to become the fourth-most successful captain in Test cricket, having taken India to 37 wins in the format.

3 – This was India’s third win in 19 Tests at the Lord’s Cricket Stadium. The previous two victories were recorded in 1986 and 2014 respectively.