Difference between small league and grand league in Dream11,how to win

Difference between small league and grand league in Dream11, how to win? Small Leagues and Grand Leagues

One can play the small leagues contest on the Dream11 team with a minimum of 3 and a maximum of 7 or 10 different players where the ‘Winners’ number and winning ‘Prize Pool’ varies. The stakes are much higher than head to head and eventually, the chances of winning are reduced depending on your opponents’ number and team. Typically, you can win a maximum of 2 to 3 times your actual investment amount.

Anyone can participate in the competition, which gives you lakhs of rupees, but the number of winners and the prize pool varies from lakhs to zero as there are also lakhs of players participating in the competition. Therefore, teams with different conditions should be selected, which should also apply to the match. You can view all the information available on our website possible11 and on YouTube.

Before joining a Single Entry contest, you should essentially take a look at your opponents’ ‘Playing History’ and compare your recent performances against those players. You can then opt to skip or compete with these players. This is normally hard to do as you get closer to the match time as contests get filled very fast.So I recommend investigation your opponents early and joining the contest you like, well before the match’s start time.

Also Read: How to Win every Small League in Dream11 tips and tricks

Grand Leagues means grand contests that the grand people play. In these contests, players take a risk to win big prizes. There are a higher number of players in the grand leagues’ contests, and they also have higher rewards.

When one plays the grand leagues, they should choose the captain, vice-captain, and an all-rounder player very wisely. They should also make sure that the team should win the contests by 61 to 65 percent. If that happens, then the users can win just a minimum amount, which is not good.

Grand League Contests are meant for taking risks; if you take a risk you can win GL otherwise it depends on your luck.

You should always try to play GL by choosing a risky Captain and a Safe VC from All-rounder. 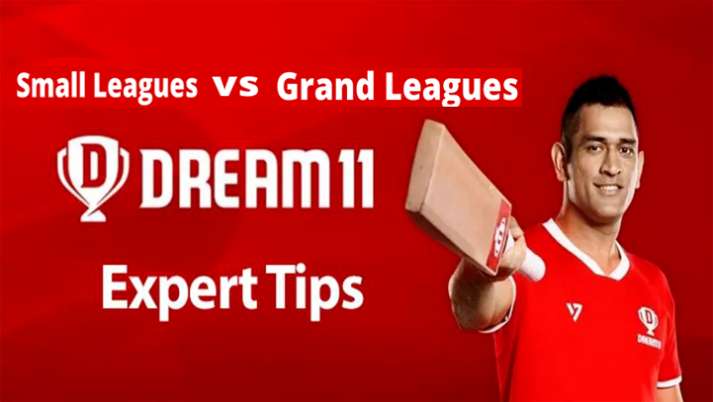 If you want to get your money back from only one team, then your team should finish in the top 0.20%. The chances are very low and only pro players usually prefer it.

For which, you need to have about 10 out of the 11 players making it to the DreamTeam. And you must have a perfect captain/vice-captain pick. You should also consider creating 7 to 11 different teams with different Captains and vice-captains.

Also Read: How to win Grand league in Dream11?

If you are playing these contests, be smart and hedge risks by playing small contests. Because they have much better chances of winning So that you don’t end up with a net loss. The day when your team choice will be great, you will anyway earn money from all these contests.

Also Read: How to win big amount in dream 11 daily

What is your opinion about GL and SL?