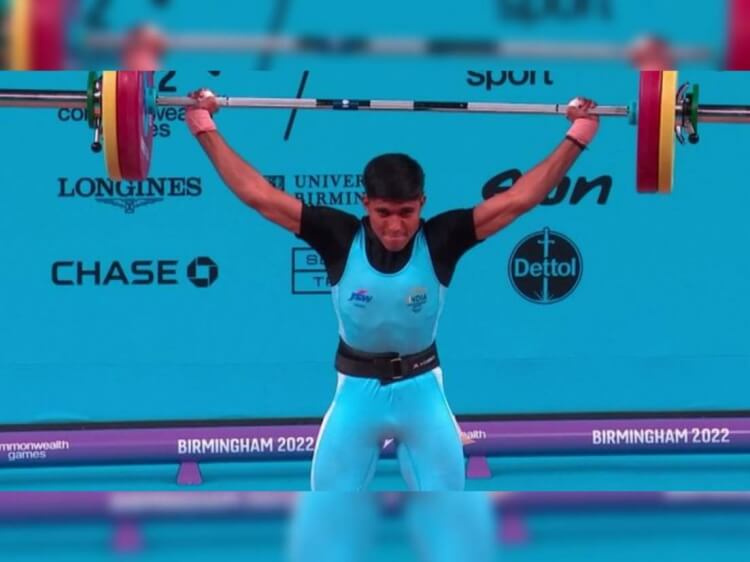 Indias medal account has been opened in the Commonwealth Games 2022. Sanket Mahadev Sargar won the silver medal for India in the mens weightlifting 55 kg category. Sanket Sargar got the snatch and clean and jerk lifting the total weight of 248 kg and winning the silver medal. He lifted the best 113 KG in the first round i.e. snatch. After this, in the second round, clean and jerk, lifting 135 kg weight, won the medal.

who hails from Maharashtras Sangli, has not only made it to the final of the Commonwealth Games this time but has made people admire his performance by performing brilliantly. He lifted the best 113 kg in the first round i.e. snatch. After this, he won the medal by lifting 135 kg in the second round i.e. clean and jerk.

Sanket was also injured in two attempts at the end of the second round. In the second attempt, Sanket tried to lift 139 kg, but could not lift it and got injured. The medical team noticed the sign and treated it immediately. Here Sanket said he was fine and got ready for the third attempt.

But for the injury it would have been GOLD for Sanket Mahadev Sargar. So India’s first #CWG2022 medal will be Silver @sports_tak @aajtak @Nitin_sachin ?????? pic.twitter.com/nJEcmDGO3P

In the third time also, Sanket once again tried to lift 139 kg but failed again and this time also got injured. In this way, Sanket had to be content with silver. At the same time, Mohamad Aniq bin Kasdan of Malaysia won the gold medal by lifting a total of 249 kg.

Sanket Mahadev Sargar, who has won many honors at the national level, is the star weightlifter of India. He represents India in the 55 kg event. He won the gold medal in the championship 55 kg snatch event held in Tashkent last year. Then he lifted 113 kg for gold. With this lift, Sargar had also set a new national record for the snatch.

Who is Sanket Mahadev Sargar

Who is the silver medalist in Commonwealth Games?, Sangli, who hails from Maharashtras Sangli, has a deep affinity for weightlifting. Sanket, 21, is a student of history at Shivaji University in Kolhapur. He was also the champion in Khelo India Youth Games 2020 and Khelo India University Games 2020. Sanket also holds the national record (total 244 kg) in the 55 kg category.

Sanket helps in fathers paan shop and food shop in Sangli, Maharashtra. He wants to see his father rest now. Sanket had broken Commonwealth and national records by lifting 256kg (113kg in snatch and 143kg in clean and jerk) at the Singapore Weightlifting International in February this year.

Sanket had recently said, "He will help his father if I win gold. He has caused a lot of pain for me. I want to give them happiness now.” Sanket now wants to win gold in Paris Olympics.