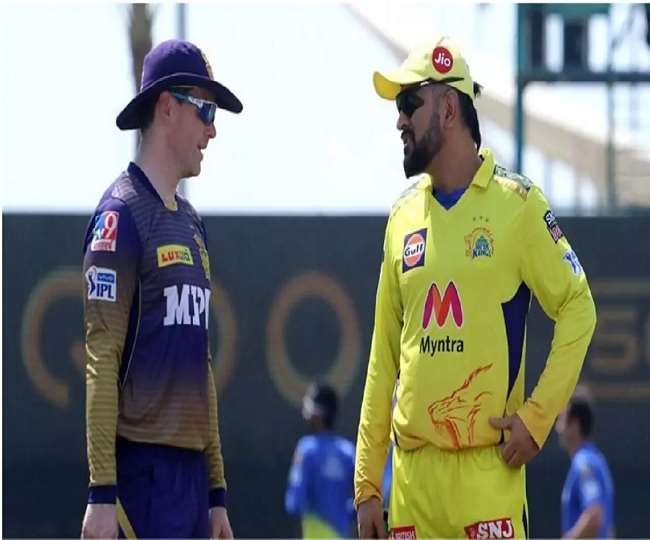 CSK vs KKR IPL 2021 Finals: CSK has played IPL every time under Dhonis captaincy and has become champion thrice.

CSK vs KKR IPL 2021 Finals CSK has played IPL under Dhonis captaincy every time and has become champion thrice. In such a situation, cricket lovers around the world will also be waiting for Captain Cools fiery innings on the day of Dussehra.

The charismatic captaincy of Mahendra Singh Dhoni will prove to be the defense shield of Chennai Super Kings (CSK) when they will face Kolkata Knight Riders (KKR), who reached the final on the basis of the spin trio in the IPL title match on Friday. CSK has played IPL every time under Dhonis captaincy and has become champion thrice. In such a situation, cricket lovers around the world will also be waiting for the fiery innings of Captain Cool on the day of Dussehra, which may be seen for the last time in the yellow jersey. No team knows the art of reaching the final better than CSK. On the other hand, KKR has won both titles under the captaincy of Gautam Gambhir. CSKs chances of winning a fourth title depend on how they face KKRs spin trio Varun Chakravarthy, Shakib Al Hasan, and Sunil Narine. All three have conceded runs at an average of less than seven per over in the tournament.

Shakibs all-round performance has been giving KKR balance with Andre Russell being ruled out due to a hamstring injury. Although the final match has its own pressures and if there is a captain like Dhoni in front, it will not be easy for these three to repeat this performance. Dhonis simple mantra is to rely on experience. He guided Ruturaj Gaikwad when the pressure of qualification in 2020 was not on him. Ruturaj has scored more than 600 runs in this season including three half-centuries. On the strength of his leadership ability, Dhoni has strengthened the foundation of the team not only for the next year but for many years to come. It will not be a surprise if Ruturaj becomes the next captain of CSK, as Dhoni may announce his retirement from IPL next year or later. No one can understand IPL better than Dhoni. This is the reason why his team has been performing consistently well.

CSK, who became the first team to be eliminated from the league stage last year, made a memorable comeback and became the first team to reach the final this time. He has no shortage of experience. Dhoni has crossed the age of 40, while Dwayne Bravo is 38, Faf du Plessis 37, Ambati Rayudu and Robin Uthappa are 36. Moeen Ali and Ravindra Jadeja are also 30 par. Dhoni has mastered the art of using his resources properly. This season, everyone saw that Dhonis favorite and IPL legend Suresh Raina also had to sit out of the team. Struggling with increased weight and poor form, Raina was replaced by Uthappa and was the architect of the teams victory against Delhi.