Can Pakistan still reach the semifinals of T20 world cup 2022? 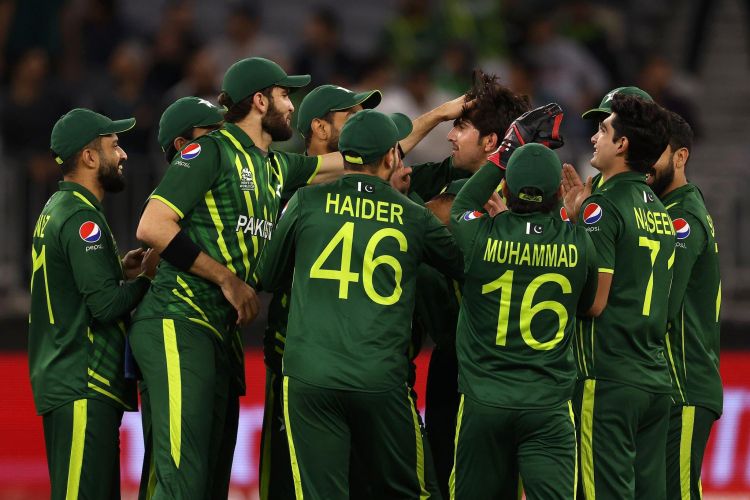 Can Pakistan still reach the semifinals of T20 world cup 2022?, Pakistan suffered a major setback for the ICC T20 World Cup 2022 semi-final qualification after a 1-run loss to Zimbabwe at the Optus Stadium in Perth. Pakistan could only manage 129 runs in 20 overs, chasing the modest target of 131 runs. Pakistan had to score 11 runs in the last over, but they fell one run away from the target. Now the fans are wondering whether Pakistan is out of the race for the semi-finals of the T20 World Cup 2022. This is similar to the way the Indian team was in 2021 after losing to Pakistan and New Zealand.

How can Pakistan qualify for T20 world cup semi-finals, In a line, on technical grounds, Pakistan is not completely out of the race for the semi-finals of the T20 World Cup 2022. Still a very difficult opportunity for him. Currently, Pakistan is in the fifth position in the Group 2 points table. India are at the top of the table with two wins, while South Africa and Zimbabwe are in second and third place respectively. Bangladesh is in fourth place. All the teams have played two matches each and there are still 3 matches left.

Can Pakistan still reach the semifinals of T20 world cup

On technical grounds, Pakistan can still reach the semi-finals of the T20 World Cup 2022. It all depends on how the other results go. First Pakistan need to ensure that they win the remaining three games well and this will help them secure six points.

Then it is expected that one of the top two teams (India or South Africa as per the current standings) will be below the six-point mark, which is highly unlikely. Well, mathematically Pakistan still has a chance to make it to the semi-finals but it is almost impossible and they need luck. It is safe to say that Pakistan are almost out of the race for the semi-finals. Cant say official though.

Can Pakistan still qualify for the semi-finals after the loss against Zimbabwe?

The Pakistan team has lost both the matches played so far. Next, he has to play against South Africa, Bangladesh, and Netherlands. Now if Pakistan wants to reach the semi-finals, then all three matches will have to be won. Apart from this, one has to pray that South Africa and Zimbabwe are not able to take more than 6 points. At present both teams have 3 points. The match played between Zimbabwe and South Africa was canceled due to rain and both got 1-1 points.

India has won two out of the two matches they have played so far and they are sure to reach. Pakistans team will be able to reach only 6 points even after winning three matches. India will reach this number of points by only winning 1 match.

How can Pakistan qualify for T20 world cup semi-finals