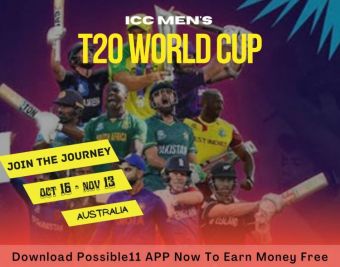 Team India has intensified its campaign for the T20 World Cup starting next month in Australia. On Monday, the 15-member squad of the Indian team was announced and now information has been received about the arrival of the teams new jersey. The official kit partner of the Indian cricket team MPL Sports has shared a video, in which it has been revealed that the Indian team will enter the T20 World Cup with the new jersey.

As soon as this video surfaced, the fans started giving suggestions for the new jersey. Somebody is demanding the old Sky Blue colored jersey and some are saying that this time it will be the same jersey that was in the first T20 World Cup held in 2007.

The game is not really the same without you guys cheering us on!
Show your fandom along with @BCCI for the game by sharing your fan moments on https://t.co/jH9ozOU1e9#MPLSports #IndianCricketTeam #ShareYourFanStories #CricketFandom #loveforcricket #cricket pic.twitter.com/VObQ3idfUz

The T20 World Cup will begin on October 22 with Australia and New Zealand match. This match will be played at Sydney Cricket Ground. However, before this, qualifying matches will also be played between October 16 and 21. The Indian team will play its first match here on 23 October against Pakistan.