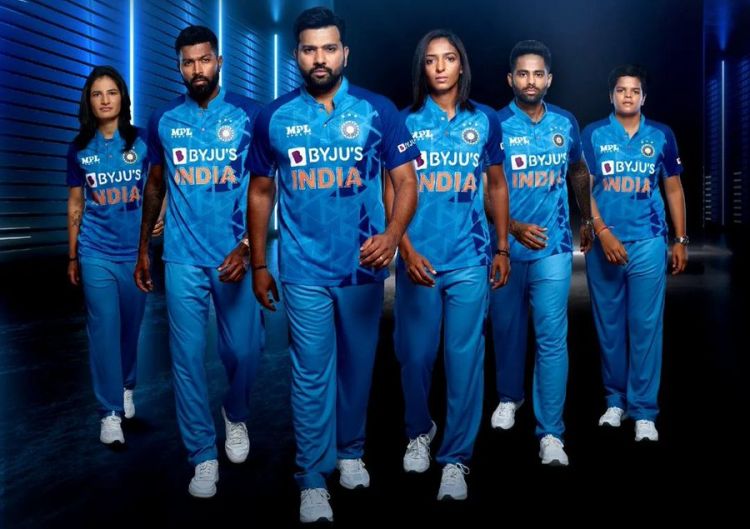 The Board of Control for Cricket in India (BCCI) has given a historic decision on Thursday. By implementing a new policy, the board has now abolished the discrimination between women and men in the form of match fees. BCCI said that from now onwards men and women will get equal match fees. This information has been given by Jay Shah, Secretary, Board of Control for Cricket in India.

Jay Shah has announced this historic decision through social media. Jay Shah said that it is a pleasure to state that BCCI has taken the first step to removing this discrimination. We are implementing a wage equity policy for our contracted women cricketers.

The BCCI secretary said that we are now entering a new era of gender equality. In such a situation, under this policy, there will be equal match fees for both men and women from now on. He has told that from now onwards women will also get the same match fee as men. 15 lakh rupees are available for a match in test cricket. Whereas in One Day International, men are given 6 lakh rupees for a match. BCCI secretary Jay Shah told that men get Rs 3 lakh for playing a match in T20 International cricket. Now the same fee will be given to women cricketers also. Along with this, Jay Shah has also thanked the Apex Council for supporting this decision.

Also Read: What is DLS Method In Cricket & How It Is Calculated? Know All About it 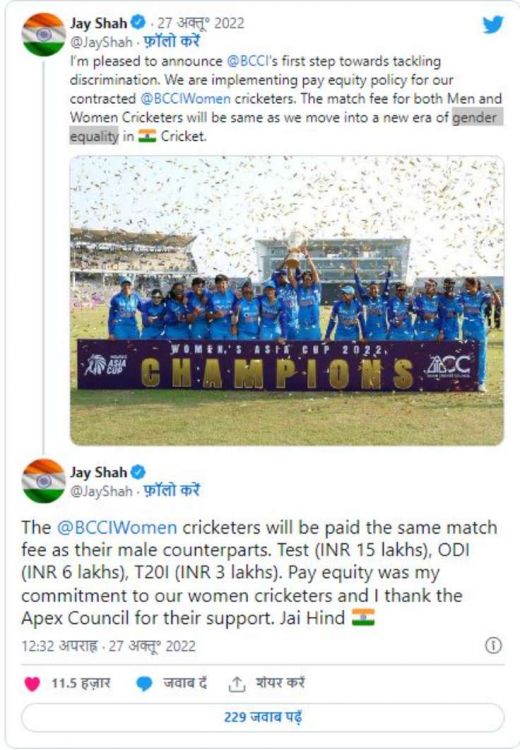 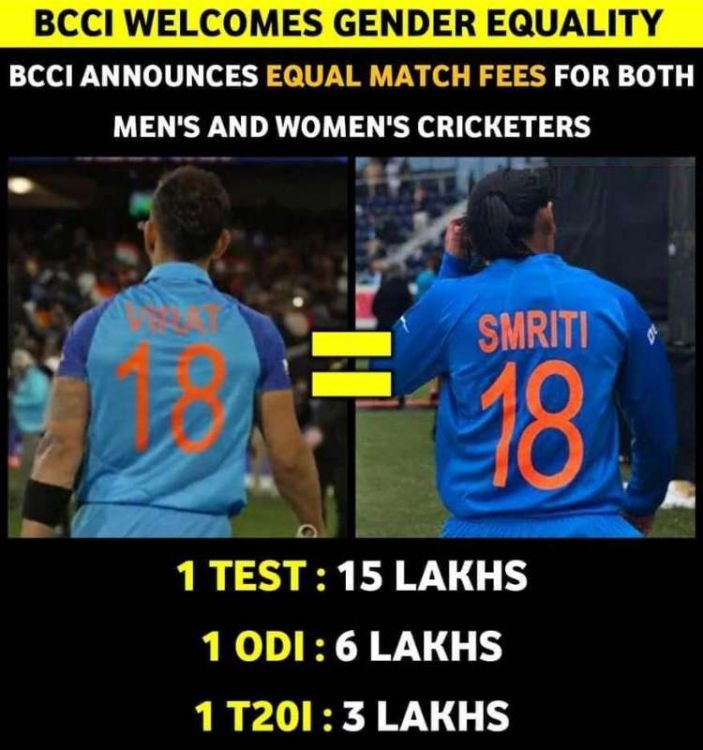 Fees of Indian women cricketers before 2022

The initiative to give equal pay to men and women in cricket was first started by the New Zealand Cricket Board (NZC) in July this year. New Zealand Cricket was the first board to introduce uniform match fees. He had decided to give equal pay to female and male cricketers. There was also an agreement between NZC and 6 big associations regarding this. This deal was done for the first five years. Under this, domestic cricketers including international will also get the same fees for matches held in all tournaments.