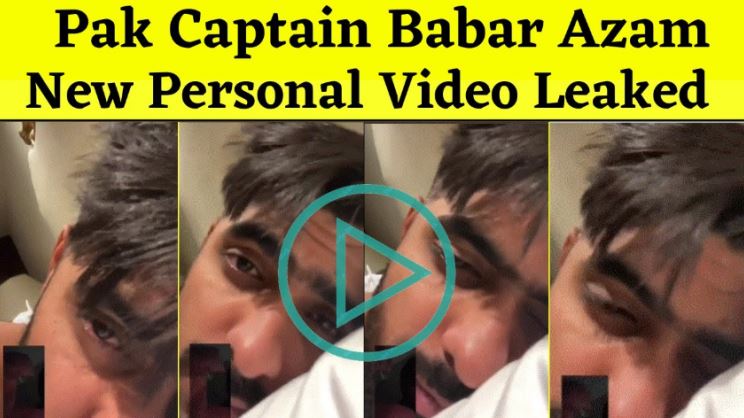 With Babar Azam's personal videos and chats going viral, he has been accused of having a conversation with the girlfriend of a player of his own team.

Pakistan captain Babar Azam's troubles are not taking the name of abatement. After England, his captaincy was under threat after Pakistan's poor performance in the home series against New Zealand and now his troubles have increased off the field as well. Private chats and videos of Babar Azam are going viral on social media. Along with this, he is being accused of having an affair with the girlfriend of a fellow player. Babar had also said that her boyfriend's place in the team would remain if she continued to hold talks with him.

Apart from this, many recordings of Babar's conversation are also going viral. However, Babar's fans say that all these things have been deliberately created to trap him. All this is being done to remove him from the post of captain.

This is not the first time that Babar has been embroiled in such a controversy. Earlier in November 2020, a woman accused Babar of sexual exploitation, claiming that Babar exploited her for 10 years by promising to marry her. The woman had said "I have known Babar since the time when he had nothing to do with cricket. He was from a poor family. I hope all my brothers and sisters here will help me get justice.

So this lady has made accusations against Babar Azam "he promised to marry me, he got me pregnant, he beat me up, he threatened me and he used me"
Video courtesy 24NewsHD pic.twitter.com/PTkvdM4WW2

The woman said in the press conference, "Babar and I grew up in the same colony, we used to live together. He was my school friend. He proposed to me in 2010 and I accepted his proposal. Actually, he came to my house. He came and proposed to me. As time passed, our understanding got better. We had planned to get married and informed our families, but they refused." Then Babar and I decided to have a court marriage. Decided. In 2011, Babar and I eloped and he kept me in a rented house with the promise of marriage. During that time I kept asking him to marry me but he said, 'We are not in a position to marry. Together we will get married.