Australia tour of Pakistan 2022: After 24 years of absence 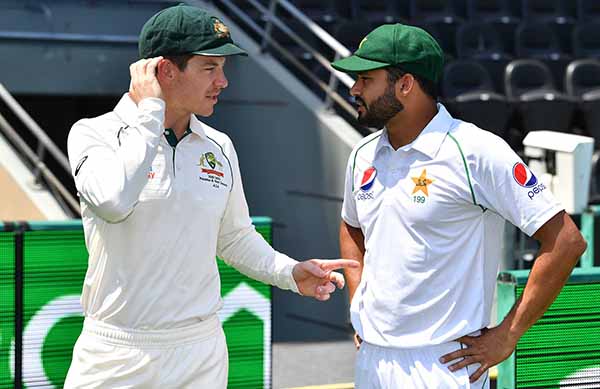 Australia tour of Pakistan 2022: After 24 years, Australias team will go to Pakistan to play full-fledged series in 2022

A good news has come out for the Pakistani cricket fans. The Australia cricket team will tour Pakistan in the month of March-April next year to play the only T20 match with ODI and Test series. After 24 years, the Australian team will tour Pakistan, where it will take part in a one-off T20 match with 3 ODIs and a series of 3 Test matches. There is great news for Pakistan team and their fans. Because recently New Zealand and England canceled their tour of Pakistan due to security.

Let us tell you that in the ongoing T20 World Cup 2021 in UAE, Pakistan and Australia will face in the second semi-final. This big decision has been taken before this big match.

CONFIRMED: Australia will tour Pakistan in March-April 2022 for three Tests, three ODIs and a single T20I across Karachi, Rawalpindi and Lahore pic.twitter.com/llhGFit9xo

PCB chairman Rameez Raja, who played eight Tests and 18 ODIs against Australia, said, "I am delighted to welcome Australia to Pakistan. Personally, I wouldnt be more happy that we play a three-Test series. Australia is one of the best performing teams. Playing him at our ground for the first time after a gap of 24 years will be a special experience for the fans.”