PSL 2022 will be the 7th season of the Pakistan Super League. It is a franchise Twenty20 cricket league that was established by the Pakistan Cricket Board (PCB) in 2015. It is considered to be the rival of India's IPL by the Pakistan Cricket Board. Because of that fans take digs on PSL v/s IPL. We all know IPL 2022 is going to play between 10 teams meanwhile, PCB announced that the 7th season of PSL will be held from 27th January 2022 to 27th February 2022 with all matches taking place in Pakistan. Lahore and Karachi will both host 15 matches each, with the finals to be played at the Gaddafi Stadium in Karachi.

The Pakistan Cricket Board (PCB) had earlier announced plans to launch PSL 7 in early January 2022. The event would continue till the second week of February, but no consideration has been given to varying the dates.

Recently, a delegation of the board headed by CEO Waseem Khan had a virtual meeting with the franchise owners and representatives. On this occasion, it had been discussed that the event would start on January 25. The Emirates Cricket Board is additionally launching its franchise league from January. Foreign players are going to be called in at attractive rates, which might be a drag for the PSL. 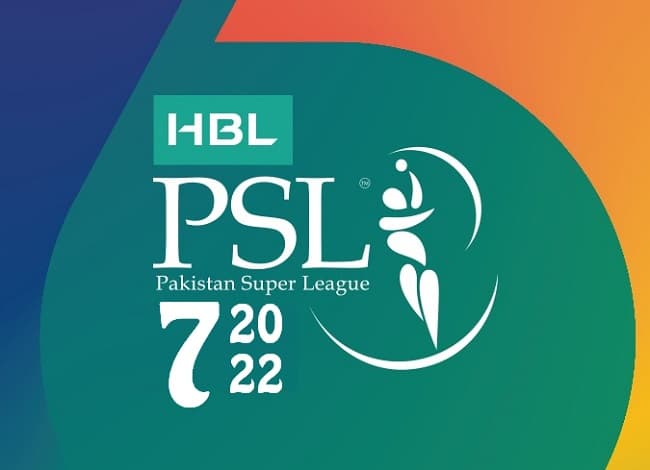 The sixth season of the PSL was dominated by Karachi Kings who thrashed the Lahore Qalandars in the final of the competition in National Stadium, Karachi. It would be interesting to see that who will win the HBL PSL 2022.

Pakistan Super League 2022, after Karachi, which will host 15 matches from January 27 to February 7, action will shift to the Gaddafi Stadium where the remaining 15 league matches and the four play-offs will be played from February 10-27.

The league stage will feature the six teams playing in a round-robin format, with the top four sides qualifying for the playoff stages that follow. The top two teams will advance to Qualifier, while the third and fourth-ranked sides will move to the first Eliminator.

No Update has been provided by the PCB regarding the tickets sale of the Pakistan Super League.

A Sports TV Channel to Telecast PSL 2022, Not only A sports but also PTV Sports is also a broadcaster of the PSL. The live coverage right for the PSL is sold to the official broadcasting partners. The matches will be streaming live on the A Sports TV for the PSL 2022. A Sports TV will be simultaneously streaming the matches for the league along with the PTV Sports.

There are six teams participating in this years tournament, Mohammad Rizwan’s Multan Sultans, having won the last edition, will start the tournament as favourites and would eye to clinch their second title on the trot. Besides the wicketkeeper-batter, the side has the services of Shahnawaz Dahani, Imran Tahir and Shan Masood. As far as Karachi Kings are concerned, Babar Azam has replaced Imad Wasim as captain but the latter continues to be in the team.

Get more details about PSL-2022

The tournament follows the double round-robin format which would see all teams going against each other twice. While the top four teams will advance to the qualifying stage, the remaining two sides will get knocked out of the competition. The top two teams will battle it out in the Qualifier with a place in the final clash at stakes.

Possible11 is the best dream11 PSL team prediction website. We provide the best dream11 PSL teams with the most accurate winning probabilities.Possible11 provides the best predictions to win the Grand and Small Leagues because we cover all the PSL matches and provide to our users the best lineup of the dream11 teams. we check all older records of the players and then our fantasy experts give dream11 teams which have the most chance of winning.

Which website provides best dream11 Grand League team prediction?. Possible11 also provide the best dream11 Grand League (GL contest) teams. With our predictions, many users won the Grand league contest of PSL because provides teams to our users by considering all facts which can affect teams and individual players' performance. We check all players' previous performance their strike rate, consistency, and their average against that team then our experts make the best teams with the most winning probability. We also check pitch reports and weather reports before making teams because these are very effective points that others rarely consider yet most of the time they decide the outcome of the match. Our experts consider all these facts and then make a team to give you a good winning probability. We choose a risky but quite predictable team for Grand League (GL contest) because to win the GL contest you need some magical players who can give you 250+ dream11 points easily only then you can get a good rank in the Grand League contest.

Possible11 gives dream11 players in every prediction so don't waste your time anywhere get all the information and dream11 GL prediction on our website. Possible11 is the best GL team prediction website.

Which website provides best dream11 small league team prediction?. Possible11 is the best Small League (SL) team prediction website. We provide the safest and most winning team to our users. We choose players who're performing well in recent matches and have a good record against the opponent we try to not select players who're consistent because, in a Small League contest, safe teams win 90% time as they don't have any risky players. Our experts check all the facts including Pitch reports because it is very important to check pitch reports if the pitch is rough and dry then it'll help spinners and it'll be tough to play them and it increases the chances of spinners taking more wickets. So we'll make spinners a strong bowling team to win a contest, these small details are very important to keep in a note before making any team. But you don't need to worry about anything our team collects all data and shares them at your fingertips so that you don't have to go anywhere you'll get everything in one place. Download our app and enjoy these services for free.

Possible11 has the biggest Telegram channel for dream11 PSL team predictions. We post every update faster than any channel, website, and the app so join our Telegram Channel now and get every bit of update at your fingertips.

We give the latest match updates, injury updates, Playing11, lineups, and all information like toss updates at your fingertips. We post the best GL and SL teams on our telegram channel. We also post daily giveaways in our telegram channel worth 5000rs for free. You can participate in free giveaways and win money daily. We do giveaways for every match also give special attention to main leagues like PSL, PSL, or any other major tournament by ICC. So join our Telegram channel with 20000+ active users and start winning money on daily basis with our prediction in Dream11. Our users win daily money with our predictions that's why Possible11 is the best dream11 Prediction Telegram channel.