What postponing the PSL means for Pakistan cricket

The National Stadium in Karachi wears a forlorn, empty look after PSL 2021 was indefinitely postponed

PSL 2021 postponed midway through due to Covid-19 cases

The ongoing season of PSL 2021 has been postponed with immediate effect due to the outbreak of Covid-19 positive cases in the last few days. The decision was taken in a meeting between the organising committee and the team owners and management on Thursday (March 4). 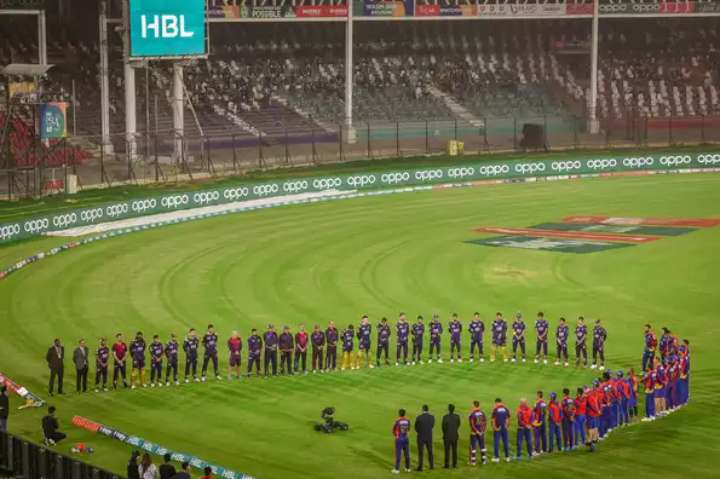 "The decision was made after seven cases were reported in the competition, which had started on 20 February," an official release from the PCB stated. Only 14 out of the scheduled 34 matches were completed at the time of the PCB announcing the postponement.

"The PCB, as an immediate step, will focus on the safe and secure passage of all participants, and arrange repeat PCR tests, vaccines and isolation facilities to the six participating sides," the release from PCB stated.

The organising committee called for a meeting a day after three positive cases were reported, including Quetta Gladiators batsman Tom Baton and Karachi Kings fielding coach Kamran Khan. This comes within days of Quettas Fawad Ahmed testing positive, which led to the postponement of a league fixture by a day.

Its difficult to overestimate the impact of Thursdays dramatic developments for Pakistan cricket. The decision to indefinitely postpone the Pakistan Super League strikes at the heart of one of the most salient buds of optimism that had begun to pervade cricket in the country. It throws a T20 franchise competition that didnt exist five years ago, and rose to become arguably the worlds second-most valuable league of its kind, into some jeopardy; the possibility, at least, that this season may never be completed looks the likeliest scenario.

Since Fawad Ahmed tested positive for Covid-19 earlier this week, organisers scrambled to try and get a potential outbreak under control, but it was already too late. Further cases were discovered at several different franchises, meaning the league wasnt just dealing with one outbreak, but any number of them. The decision, taken late on Wednesday to vaccinate all participants, in the desperate hope it would stop the outbreak in its track, looked neither feasible nor scientific; vaccination takes weeks to have an impact. On Thursday morning, when further cases at various franchises turned up, the inevitable happened: the league was off.

Compared to last years postponement when the pandemic first hit, this is different - and by an order of magnitude - more damaging on two counts. To the PCBs credibility as a board that can responsibly organise cricket during a pandemic, and to the chances of this season ever being completed. Little was known about the virus when one player displayed symptoms and tested positive last year, and even less about the measures necessary to prevent an outbreak. Cricket across most of the world was being called off, and the PCB was desperately trying to get through the final few games of 2020s season, even getting rid of the playoffs to try and shave a few days off the competitions length. Even when the season had to be postponed, there was an inevitability it would be back on at some point; there were only four games remaining, and with most teams unable to play almost any cricket due to global restrictions, there would always be time to carve out a week-long window.

There will be lesser sympathy, and even fewer excuses, this time. PCB CEO Wasim Khan said on Thursday the players and franchises needed to take individual responsibility, but expect that responsibility to be passed around between the league, the franchises, the officials and the board over the coming days. It has been observed throughout the world that without effective centralised standard operating procedures that are enforced, cracks invariably appear. For a virus that spreads collectively through populations, quixotic expectations of individual responsibility dont cut it.

The PCB will have had the best part of nine months to analyse how the likes of England, India, the UAE and New Zealand pulled off extended cricket events in their countries without much of a hitch, and cautionary tales with regards to how Englands tour of South Africa last year panned out. They will have had the chance to consult doctors, pandemic experts and sports organisers. Test and tracing procedures will have been fine-tuned, isolation protocols perfected. With the experiences of others who have had success in staging complex, lengthy cricket tours, the PCB will have backed themselves to possess the professionalism and expertise to follow in those footsteps. 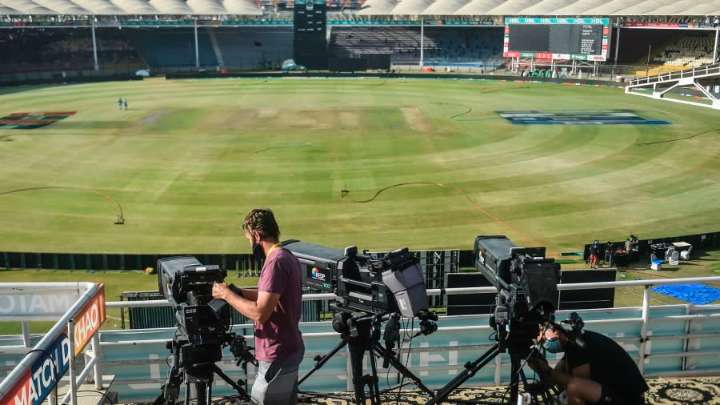 The failure to do that is likely to impact the confidence of other boards whose cricket teams are due to tour Pakistan over the coming months. There was great excitement in Pakistan over a two-match T20I series England were due to play just before the T20 World Cup. Whether they opt to do that now, and potentially expose their players days before the start of the worlds biggest T20 event is a much bigger doubt, now.

A New Zealand tour later this year was also pencilled in, but that countrys confidence in Pakistans pandemic protocols was already at a low following the eventful - and at times bitter - three weeks Pakistan spent in quarantine in New Zealand, leading to the Director General of Health berating the side for violating safety protocols, and veiled threats of deportation. What has transpired in the PSL over the past few weeks is unlikely to have bolstered confidence that Pakistan has learned lessons from what happened there.

With a congested international window coming up that stretches right through to next years PSL, it isnt yet obvious when the PCB can find the time, not to mention the availability, of most of their star foreign players to viably conduct this tournament. The T20 World Cup in October and November means the window that was used last year doesnt exist.

Another possible avenue to go down is to conduct the remainder of the competition in May. That has the considerable disadvantage of clashing with the latter stages of the Indian Premier League, with which no T20 competition can currently compete for eyeballs and financial might. However, fewer than ten players who are part of the PSL are also scheduled to play the IPL, meaning if the PCB went down that route, player unavailability might not be as significant a concern as at first it appears.

Laughed at, even as a concept, five years ago, because Pakistan werent able to play these matches in front of its home crowd, the PSL survived those nascent years, and games gradually trickled their way back to Pakistan. Last year, with the entire league played in Pakistan to overflowing crowds, it looked like fate had been kind, even to Pakistan, of all countries. Unbeknownst to all involved, an incipient threat, one far more potent than security concerns or TV viewership figures, was awakening from its slumber. Enter the Covid-19 pandemic.

Being compelled to organise the latter stages of last season - and then played in front of no crowds in Pakistan - was a cruel twist of fate for a league whose raison detre for returning to Pakistan was to avoid empty stadia. Following that, the PCB established what it believed were stringent security protocols, and conducted its fullest home season in over a decade, albeit not without some alarm bells. It looked like the PSL would pass off with just a few problems, but little could be further from the truth.