The first match of the two-match T20 series between Australia and West Indies (AUS vs WI) will be played in Queensland on 5 October. This series is a great opportunity for both the teams to prepare before the T20 World Cup to be held in Australia.

So far 17 T20 Internationals have been played between Australia and West Indies, with West Indies leading 10-7. The last match between the two teams was in the 2021 T20 World Cup, where Australia won by 8 wickets.

AUS vs WI Dream 11 Prediction This is the first match of the two-match T20 series between Australia and the West Indies. From the perspective of the T20 World Cup, this series is going to be very important for both teams. Players like David Warner, and Mitchell Marsh have returned in this series from the Australian team, they were rested in the T20 series against India.

On the other hand, the West Indies team expects good performance from players like Obed McCoy, Jason Holder, and Brandon King in this series. He has performed very well in the recently concluded CPL 2022 tournament. Both teams would like to further improve their preparation for the T20 World Cup through this series.

AUS vs WI Pitch Report
Winning the toss at the Carrara Oval, both the teams can decide to bowl first, as the bowlers can get help from the pitch in the beginning. The team playing first will have to keep an eye on the score above 180. 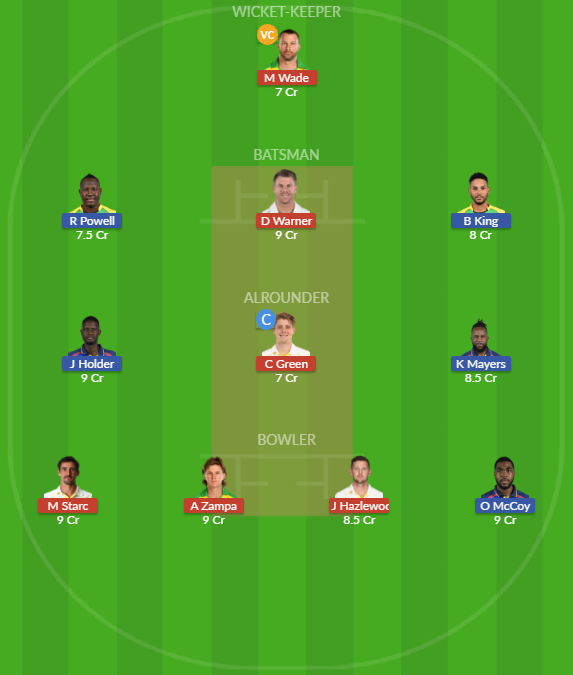 PAK vs ENG, 5 world records made in one match

PAK vs ENG, Livingstone ruled out of Test series due to injury

IND vs BAN 1st ODI, India set a target of 187 against Bangladesh