Yuva Kabaddi Monsoon Edition Full Squad, Schedule, and All You Need To Know 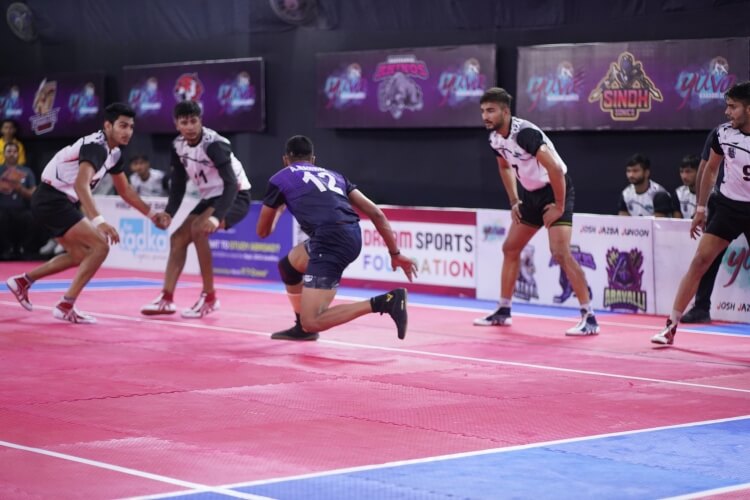 If you are fond of Kabaddi, then from 10 September to 21 October in Ranchi, you can enjoy the indigenous bets of players from all over the country. The monsoon season of the Yuva Kabaddi series is being organized. In Yuva Kabaddi Season Two, 10 teams from across the country are participating, in a total of 140 players participating. Organizers associated with this competition told that more than 125 matches will be played in this competition. Through this tournament, young players below the age of 23 will get a chance to showcase their talent.

The organizers have also told that the total prize money in this competition, which lasted for about one and a half months, is Rs 55 lakh. Whereas the team that comes first after winning the competition will be given a reward of Rs 20 lakh. On the other hand, the team coming in second place will be given 10 lakhs and the third place team will get Rs 5 lakh as prize money. Apart from this, the amount of reward has also been fixed for other teams. Due to this the enthusiasm of the players remain.

Earlier in the month of June and July, the summer season of Yuva Kabaddi Series was organized in Jaipur, Rajasthan. After which Yuva Kabaddi season two is being organized under the monsoon season at the Khel Village Stadium in Ranchi, the capital of Jharkhand. National-level players will also be seen in this competition, who have demonstrated their talent with their bets in tournaments like Pro Kabaddi.

The time is nearly here!! ??
The #YuvaKabaddiSeries is ? stronger than before with its Monsoon ⛈️ Edition! ?
1️⃣0️⃣ teams are going to fight in 1️⃣2️⃣3️⃣ matches for the coveted ? of YKS! ?⚡?
Catch all the live action only on FanCode app. ??#JoshJazbaJunoon #YuvaKaSaathi pic.twitter.com/xo6CKr5S1y