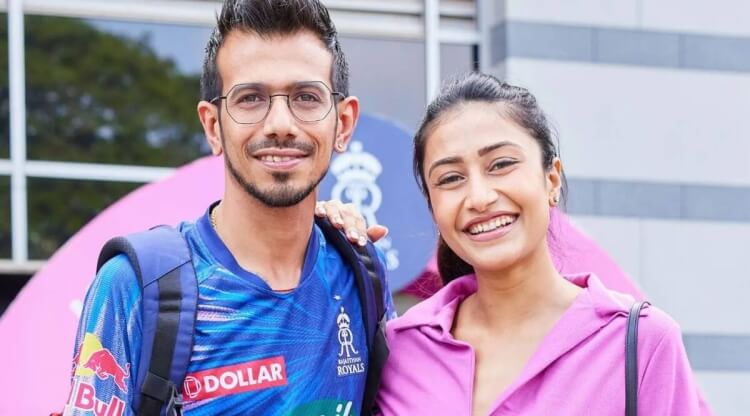 Days after Yuzvendra Chahal and his wife Dhanashree Verma came out with clarifications amid rumors of separation, the latter took to Instagram to share a long post, revealing she has torn her ACL ligament. In her post, she also spoke about the "baseless rumors" about her life. Dhanashree went on to say that the "random news" about the relationship of Chahal and her was "hateful and hurtful".

In her post, Dhanashree also went on to say that she would be undergoing another surgery, saying she was trying really hard to wrap her head around the shocking news of not being able to do the basic things in life adequately. She also wrote that she got through the difficult phase during her injury thanks to support from Chahal, among others.

Just days after Indian spinner Yuzvendra Chahal and his wife Dhanashree Verma came out to clarify that the rumours of their separation are not true, the latter has taken to Instagram to share a long post, revealing she has torn her ACL ligament.

Dhanashree also added that she would be undergoing another surgery and was trying really hard to wrap her head around the shocking news.

"Needed all that sleep to recover. Its funny though, I opened my eyes feeling so confident & strong today. Something I was seeking since the past 14 days. I had completely lost confidence due to my knee injury that happened while dancing (my last reel) & I landed up tearing my ACL ligament. I have been resting at home & the only movement I have had is from my bed to my couch (along with physiotherapy & rehab every day). But what has also got me through this is the support of my near & dear ones including My husband, my family and my closest friends," Dhanashree wrote on Instagram

"As recommended by the doctors, I will be undergoing my surgery if I wish to dance again in life. I was trying really hard to wrap my head around this shocking news of not being able to do the basic things in life adequately," she added.

"This is when I needed the most support, and this is exactly the time when people picked up some random news about us! It was pretty hateful, hence hurtful, for me to hear all of that. It was draining, to say the least," Dhanashree stated.

She also wrote: "I have worked hard & have I gradually & gracefully earned my respect. I am not going to let this injury or any baseless rumours take that away from me. In fact, this has lifted my confidence more and made me feel even more fearless. I am now certain I have the capacity to bear the consequences that come along with having a public life."

Earlier this week, Chahal had asked his fans to not believe rumours about his married life after social media was abuzz with posts pertaining to his alleged "divorce" with wife Dhanashree Verma. In an Instagram story Chahal wrote, "A humble request to you all to not believe, in any sort of rumours pertaining to our relationship. Kindly, put an end to it. Love and light to everyone."

Chahal and his wife Dhanashree are extremely popular on social media as they keep posting videos together.