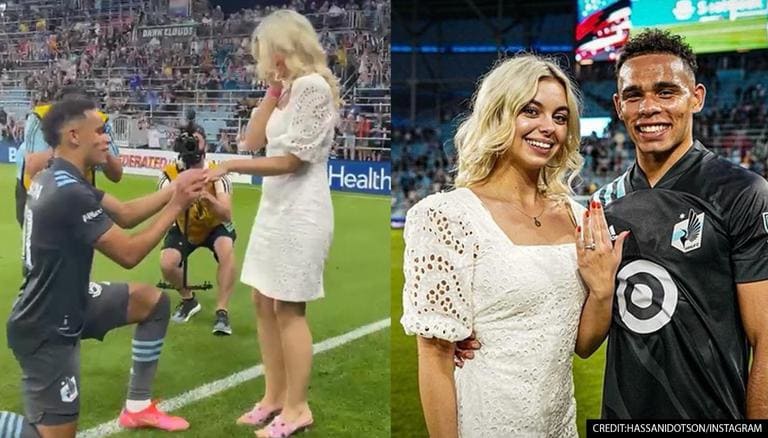 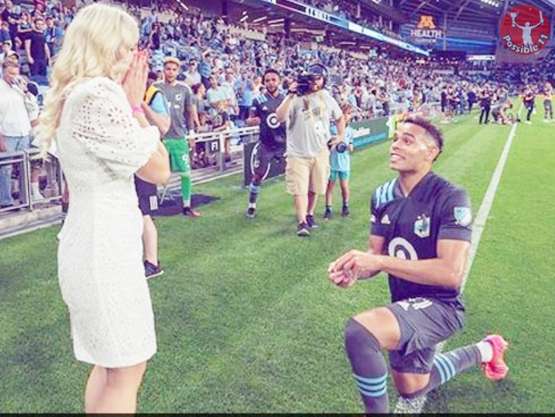 American football player Hassani Dotson Stephenson proposed to his partner on the football pitch after his club Minnesota FCs 2-2 draw against San Jose Earthquakes in Major League Soccer (MLS) on Sunday. Stephenson went down on one knee and proposed with a ring to his girlfriend, who nodded in affirmation. Stephenson then went on to put the ring on his partner even as the fans roared in appreciation. The couple hugged soon after, making it a moment to remember for themselves and the fans in attendance.

"There arent words that express anything close to the happiness my heart feels. To be loved by you is a blessing Hassani," she wrote.

"A HUGE thank you for all of the wishes and to everyone who was involved in helping put this beautiful everlasting memory into my life."

Stephenson has shared on his social media channels several pics with Vukovic. On June 7, he shared a picture with her and captioned it as "Truly Blessed!"

Stephensons club Minnesota are placed sixth in the Western Conference with 15 points from 11 matches, a good 11 points behind table-toppers Seattle (26 points), who are followed by Kansas City (23), LA (21), Colorado (17) and LAFC (15).

Also Read: If Shikhar Dhawan flops on Sri Lanka tour, will not be able to play T20 World Cup