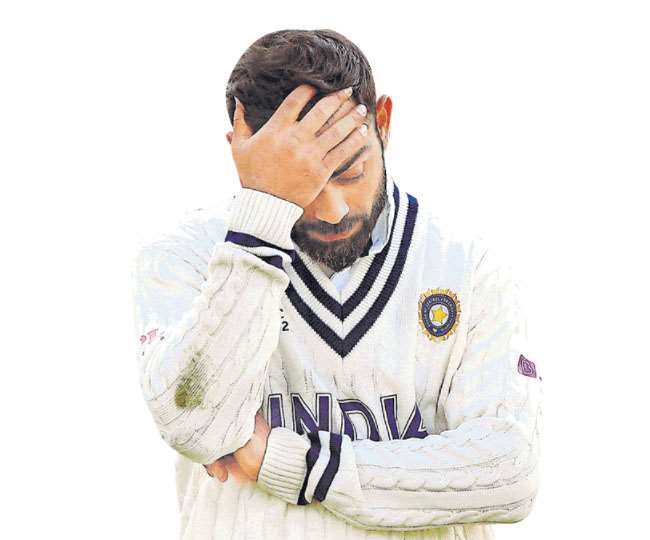 Indian team captain Virat Kohli has not won a single toss in Test cricket till date in England. After losing five consecutive tosses in the same series, they lost the toss in the first two matches of this series.

Team India is currently playing against England in the second Test of the five-match Test series at Lords from 12 August.
Meanwhile, both the teams were progressing in the game in the absence of some team key players. India was forced to drop Shardul Thakur from the team as he suffered a hamstring injury.

On the other hand, England will miss Stuart Broad, who was ruled out of the entire series due to a calf injury. On the other hand, Indian captain Virat Kohli once again lost the toss in England.
This is the eighth time that Indian captain Virat Kohli has lost in the toss of a Test match. They have not yet won a single toss in Test cricket on the soil of England. Because of this, he is being trolled.

Since captaining India in Tests, Virat Kohli has played 8 Test matches in England. In 2018, Kohli lost 5 tosses. Meanwhile, in the first two matches against England at Nottingham and Lords, they once again lost the toss.
Apart from this, he also lost the toss in the WTC final played in Southampton. In this way, they have lost all their tosses so far on the soil of England.

Also Read: In IPL 2021, the audience can get entry into the stadium

The surprising thing has also been that they have been able to win the team in only one match after losing the toss.
Regarding this, the fans have said that when it is known that Virat Kohli loses the toss, then what is the need to get the toss done, the decision should be left directly to the captain of England.

Instead of delaying toss due to rain and wasting time, Joe Root should directly have been asked what he wants to do. We all know what the result of toss is anyway.

Virat has lost 8 consecutive tosses in England in Test cricket. If losing a Toss would have an Olympic sport
Then Virat be like pic.twitter.com/7tSY0CFaec