IPL 2023 Mini Auction, IPL auction will be held in Kochi on December 23 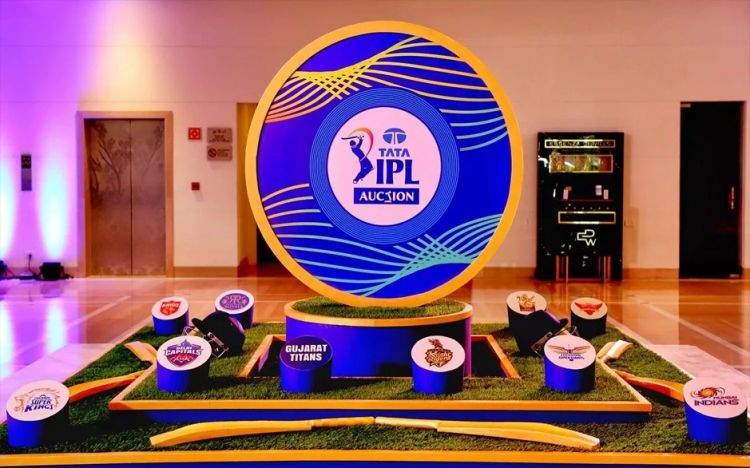 IPL 2023 Mini Auction, IPL auction will be held in Kochi on December 23, increase the purse of each team by five crores

The players auction for IPL 2023 will be held on December 23 in Kochi. However, it will not be like IPL 2022. This time all the players will not be auctioned. Players that all 10 teams bought at the beginning of the year will continue to be in their squad. The players who will be released by a team and the players who did not appear in the last auction will be included in the auction this time.

Increase the purse of each team by five crores, This time the teams will release the money left after the last auction and the players who will be released before the auction. Their price will also be added to the purse. Apart from this, an amount of five crores has been added separately in the purses of all the teams. The total purse of all the teams has become 95 crores, which was 90 crores last year.

After last years auction, Punjab Kings had the most money left. This team had Rs 3.45 crores and after adding an additional amount of 5 crores, Punjabs purse has got Rs 8.45 crores. According to media reports, Punjab team can release Mayank Agarwal. In this situation Punjab will have 20.45 crores.

Chennai Super Kings had Rs 2.95 crore left after the 2022 mega auction. At the same time, Royal Challengers Bangalore had 1.55 crores, Rajasthan Royals 0.95 crores and Kolkata Knight Riders had 0.45 crores left. The team of Lucknow had emptied their entire purse and if this team does not release any player then this team will have five crore rupees in this mini-auction.

The pool of players may be ready for auction in the first week of December. All the franchises will submit the list of players to be released by November 15. In February this year, the mega auction was conducted over two days, the mini-auction will be completed in just one day. However, many times foreign players have got huge amounts in the mini-auction.

Current purse of all IPL franchises

Which players will be in IPL 2023 Mini Auction

This year the eyes of every franchise will be on all-rounders Ben Stokes, Sam Curran and Cameron Green. If these players participate in the auction then they can get big money. Punjab, Delhi and Lucknow had bought only seven foreign players in the mega auction. All these teams will try to fill the slot of the eighth and last foreign player.

Last year, in place of injured players in six franchises, new players were given a chance. By November 15, all the franchises will have to decide whether to keep the original player in the team or the player who came after. The franchise will have a chance to keep both the players with them.