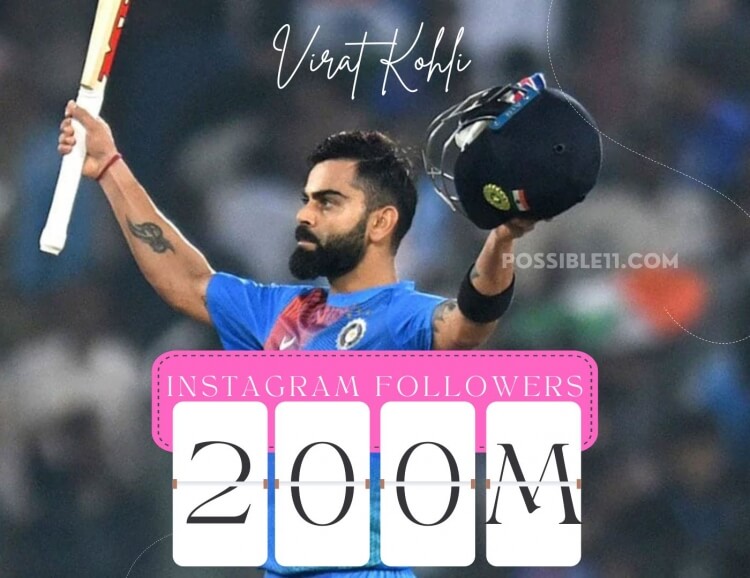 After smashing the unique double century on the photo and video sharing platform, the talismanic batter of the Royal Challengers Bangalore (RCB) franchise shared a special post. Expressing gratitude after unlocking the special feat, a grateful Kohli thanked his fans and followers for their unconditional support. "200 mil strong Thanks for all your support insta fam," Kohli kept things short while captioning his latest post on the Facebook-owned platform.

Virat Kohli is one of the finest batsmen in Indian cricket history. He has broken several records of many great cricketers. He is the only batsman to have a 50+ average in all the formats. He has 70 centuries in his name. Though he has not scored a century in the past two years he plays exceptionally well and many Indians keep their hopes alive until Kohli is on the crease. He has 23000+ runs overall in all formats and no present cricketer has achieved this milestone. His highest score in 183 not out.

Virat Kohli is going through his worst phase on the field for some time now. However, despite this, his fan followers are continuously increasing. Virat is the person with the most Instagram followers in India, and now he is going to score a double century in this matter soon. Virat is a few steps away from becoming the only cricketer to have 200 million fans on Instagram. Kohli may not have scored a century in the last two years with the bat, but he has now a double century after the century on Instagram.