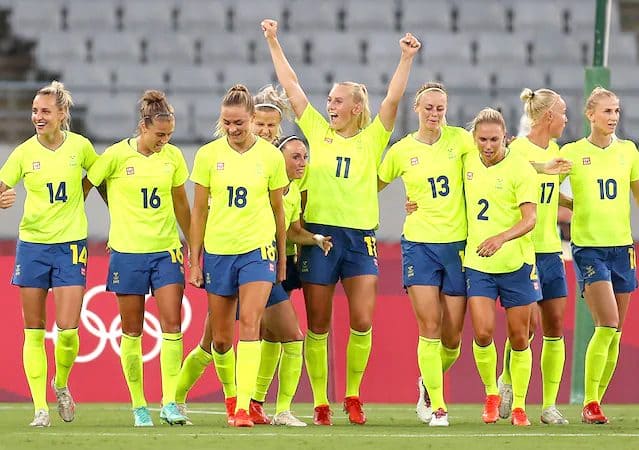 Four-time Olympic champions the United States suffered a first defeat in 45 matches Wednesday as they lost 3-0 to Sweden in their opening game of the womens football tournament in Tokyo. 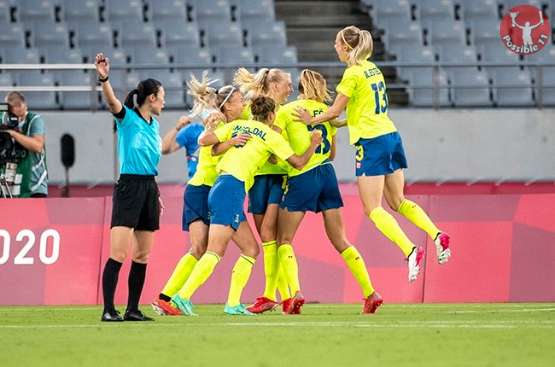 Four-time Olympic champions the United States suffered a first defeat in 45 matches Wednesday as they lost 3-0 to Sweden in their opening game of the womens football tournament in Tokyo. Stina Blackstenius scored twice and Lina Hurtig added a third goal to give 2016 silver medallists Sweden a dream start to their Group G campaign at a Tokyo Stadium devoid of fans due to Covid-19 restrictions. The US, who go on to play New Zealand and Australia in their next two group games, hadnt lost since going down 3-1 to France in a friendly in January 2019. It was just the second loss over 90 minutes for the US at the Olympics. They were beaten in their first game of the 2008 tournament but still went on to win gold in Beijing.

Sweden shattered US hopes in a quarter-final penalty shootout in Rio five years ago, a bitter exit that served as a driving force behind the Americans run to a fourth World Cup title in 2019.

US captain Becky Sauerbrunn called the loss in Brazil "one of the worst results" the national team has had at an international tournament.

The US had won 22 of 23 games since Vlatko Andonovski replaced Jill Ellis as coach in October 2019, with a 1-1 draw against the Swedes in April the only blemish.

Andonovski selected 17 of the players from the World Cup-winning squad for his first major tournament, but he elected to start Megan Rapinoe on the bench as Tobin Heath appeared at her fourth Olympics. 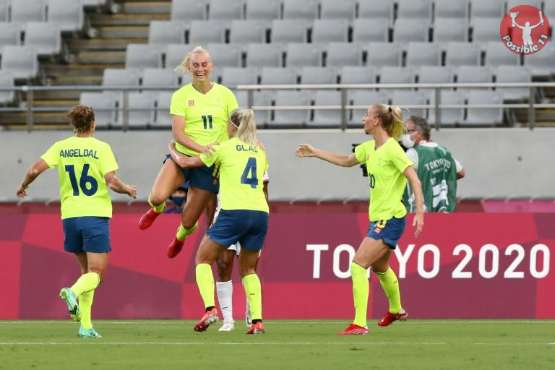 Sweden, who reached the World Cup semi-finals two years ago, threatened early and often in a first half where they completely dominated a surprisingly subdued US.

Alyssa Naeher turned behind a sharp effort from Fridolina Rolfo, and Blackstenius should have done much better when shooting right at the US goalkeeper following an ill-advised pass by Crystal Dunn.

Naeher made further saves to deny Kosovare Asllani and Rolfo, but Sweden grabbed a deserved lead on 25 minutes when Blackstenius beat Abby Dahlkemper to Sofia Jakobssons cross to steer in a glancing header.

Jonna Andersson tested Naeher again with a slicing attempt from distance, while Blackstenius hesitated and lost a golden opportunity to double the lead.

Rose Lavelle, one of stars of the 2019 World Cup, headed against the post at the end of the first half -- a crucial miss as Sweden made it 2-0 soon after the break.

Carli Lloyd and Julie Ertz came on at half-time for Alex Morgan and Sam Mewis, but the US fell further behind when Blackstenius stabbed into the roof of the net after Amanda Ilestedts header bounced back off the upright.

Rapinoe replaced Heath for the final half-hour and nearly set up Christen Press to pull a goal back, the former Manchester United player hitting the post with the goal at her mercy.

Sweden ensured there would be no way back for the US as substitute Hurtig rose to nod in a Hanna Glas delivery with 18 minutes left to condemn the Americans to a humbling defeat.