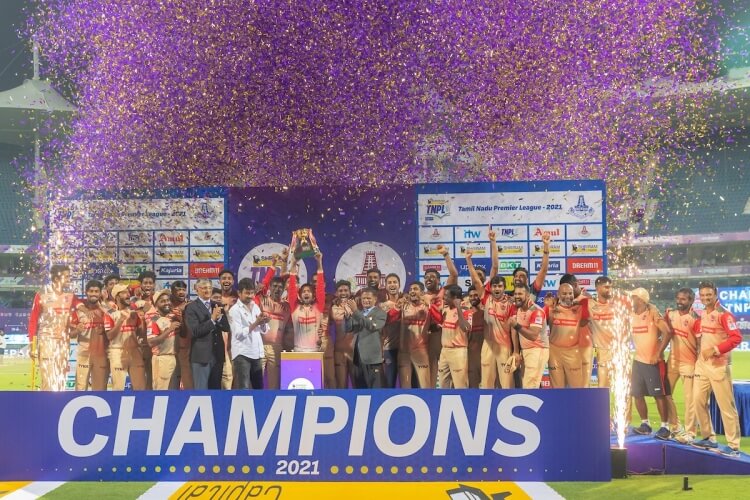 The TNPL 2022 will be the sixth edition of this event and will be contested by 8 teams. The tournament will start on June 23 and the final be played on July 3

A more exciting season of the Tamil Nadu Premier League (TNPL 2022) season is set to begin as the teams prepare to fight it out and lift the elusive trophy once again. TNPL 2022 will be the sixth edition of this tournament and a total of eight teams will participate. The tournament will begin on 23 June with the final set to be played on 31 July. Here are the details about TNPL 2022 Live Streaming, TNPL 2022 Schedule.

There will be a total of 28 league matches in the TNPL league followed by four playoff stage matches. The matches start at 7:15 PM IST and the first match on the double-header day will start at 3:15 PM IST. Eight teams will face each other in a single round in the league stage

After the completion of the league round, the top four teams will advance to the playoffs. The TNPL 2022 league stage matches are scheduled to begin in Tirunelveli and then the action will shift to Dindigul, Coimbatore, and Salem. while the season openeris held at the Indian Cement Company Ground in Tirunelveli, the final will be held

Held at the Indian Cement Company Ground in Tirunelveli, the final will be held at the SNR College Cricket Ground, Coimbatore. Apart from the final, the Coimbatore venue will also host Qualifier 2 after Salem hosts Qualifier 1 and Eliminator matches at the Salem Cricket Foundation Stadium. Some IPL stars from Tamil Nadu like T Natarajan, Sharukh Khan, N Jagadeesan, and C Hari Nishant appeared in this tournament held in 2016.

For cricket fans in India, the Tamil Nadu Premier League tournament will be aired live on Star Sports 1 & Star Sports 1 HD (for English) and in Star Sports 1 Tamil. Viewers who want to catch TNPL 2022 matches online can tune to Disney+ Hotstar.