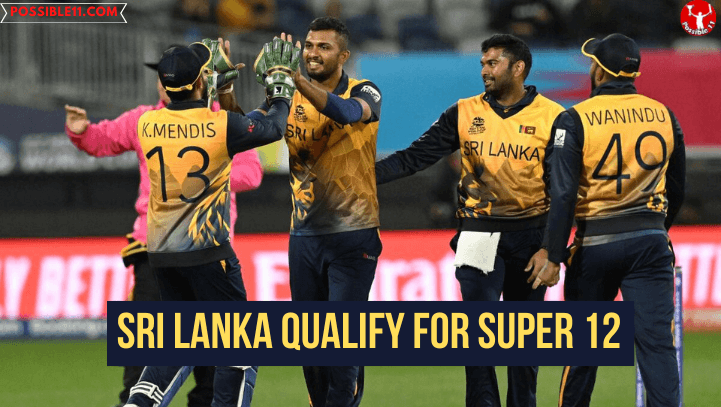 The 9the match of the T20 World Cup was played between Sri Lanka and Netherlands in Geelong. Sri Lanka beat Netherlands by 16 runs in a thrilling match. With this win, he has four points in Group A and has reached Super-12.

Sri Lanka Qualify For Super 12 Stage by defeating Netherlands - Sri Lanka beat Netherlands by 16 runs in a thrilling match. With this win, he has four points in Group A and has reached Super-12. However, it is not yet decided in which group Sri Lanka will go in the Super-12. If Namibias team wins the match against UAE by a big margin, then the Lankan team will go to Group-2 of India. On the other hand, if Namibia loses or wins by a margin of lesser runs, then Sri Lanka will go on top of Australias Group-1.

Batting first, Sri Lanka scored 162 for six in 20 overs. For him, opener Kusal Mendis played the highest innings of 79 runs. Chasing the target of 163 runs, the Netherlands team could only manage 146 runs for nine wickets in 20 overs. Her Max Odad struggled alone. Odad scored an unbeaten 71 off 53 balls, but could not lead the team to victory. Netherlands wickets kept falling from the other end. Due to this the team had to face defeat. Captain Scott Edwards contributed 21 runs. Wanindu Hasaranga took the highest three wickets for Sri Lanka. Maheesh Theekshana got two successes. 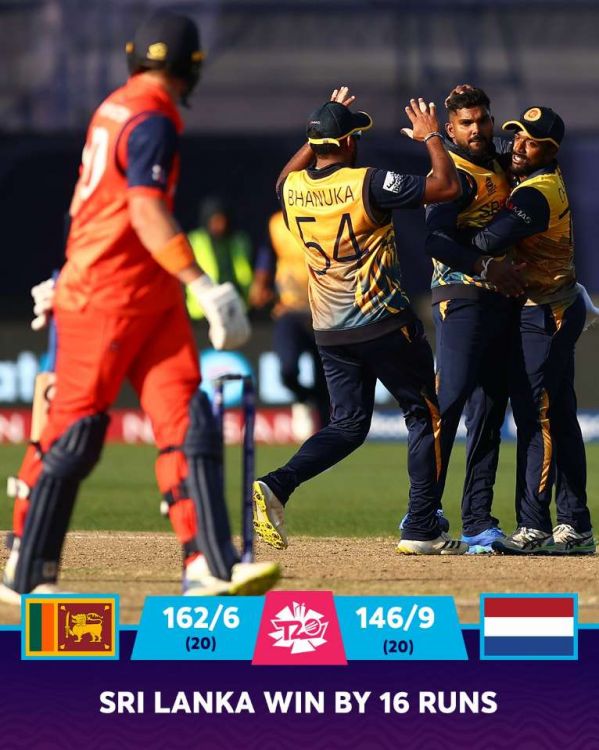