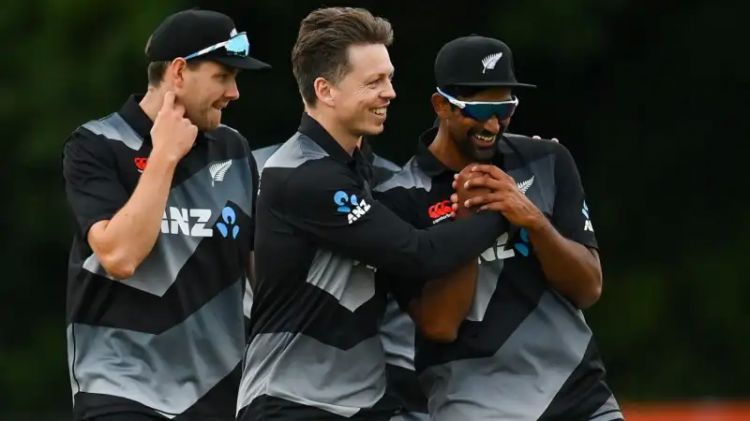 New Zealand became the first team to qualify for the T20 World Cup 2022 semi-finals after defeating Ireland in a Super 12 match at the Adelaide Oval on Friday. Ireland was defeated by New Zealand by a score of 35 runs. With seven points from five games, the Blackcaps needed this win to secure their playoff spot. Kane Williamson, the New Zealand captain, rose to the occasion with a brilliant 61 off 35 balls. In the Super 12 stage, the Williamson-led team has only lost one game. England defeated them by 20 runs at Brisbanes Gabba. NZ has consistently played well, which is why they are in the semi-finals ahead of the other teams.

After it became clear that Australia would not be able to overtake their NRR, New Zealand became the first team to qualify for the T20 World Cup 2022 semi-finals.

Australia needed to beat Afghanistan by 185 runs to surpass the Blackcaps NRR, but after only setting Afghanistan a target of 169, the best the hosts can do is finish on +1.877.

Kiwi skipper Kane Williamson (61 off 35) top-scored for his side - before he became the first of Littles victims as the left-arm quick bagged a superb 19th-over hat-trick.

Captain Kane bounces back to form against Ireland

Despite Littles heroics with the ball, Ireland struggled to mix it with their more fancied opponents for much of the game, as New Zealand maintained their lead in Group A with their third win of the tournament.

They will be encouraged by Williamsons return to form, which included a 35-ball 61 as the Black Caps posted an impressive total of 185/6 after being sent in by Ireland skipper Andy Balbirnie.

The New Zealand captain was well supported by openers Finn Allen (32) and Devon Conway (28), while Daryl Mitchell (31) chipped in late in the innings with some lofty blows to ensure the score was more than enough.