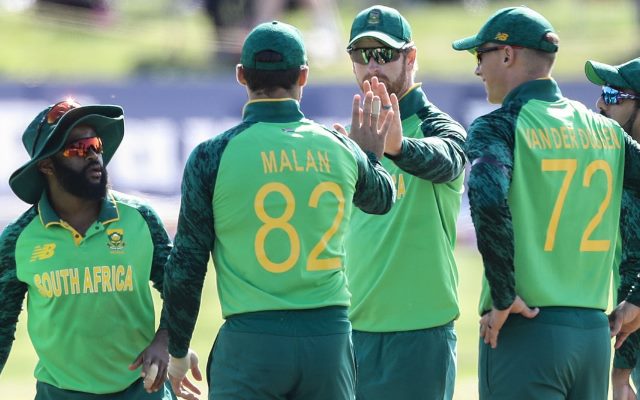 The South Africa squad has been announced for the three-match ODI series against India. The selectors have decided to give a chance to young fast bowler Marco Jensen, who made his debut in the Test series, for the ODI series. His name has been included in the team selected against India on Sunday.

Young pacer Marco Jensen has been included in the 17-man South African squad for the three-match ODI series against India starting January 19. Jensen, 21, took a five-wicket haul in his first Test last week. The hosts will be captained by Temba Bavuma, while Keshav Maharaj will be the vice-captain.

Seamer Marco Jansen receives his maiden #Proteas ODI squad call-up as Temba Bavuma returns to captain the side for the #BetwayODISeries against India ??

Veteran fast bowler Enrique Nortje will miss the ODI series due to a hip injury. The team also has former captain Quinton De Kock who retired from Test cricket after the first Test against India. The first match between the two teams will be played on January 19 and the second on January 21 at Pearl. The third and final match will be held in Cape Town on 23 January.

Indias chief selector on December 31 announced the 18-member Indian team for the ODI series. Injured Rohit Sharma will not be a part of the ODI series, it has been decided to replace KL Rahul with the captaincy. Fast bowler Jasprit Bumrah will be the vice-captain of the team during the series.