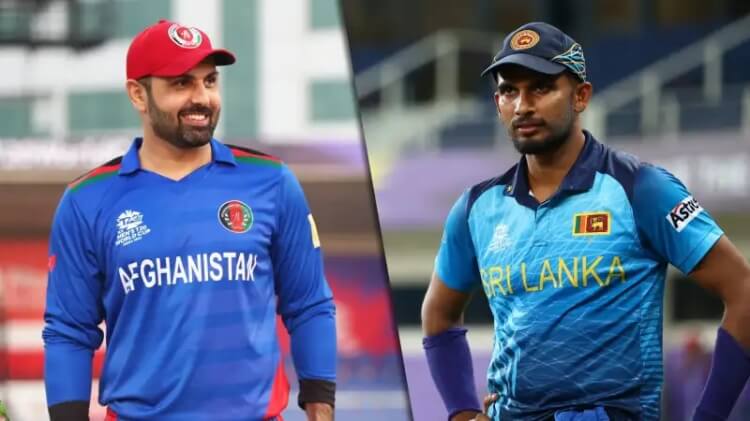 Sri Lanka have secured a place in the Super-4 stage by defeating Bangladesh in a thrilling match. Earlier, the Lankan team had to face a big defeat in the group stage against Afghanistan. Afghanistan bowled out Sri Lanka for 105 runs in the first match of the Asia Cup. However, after this, Kusal Mendimen (60) and Dasun Sanaka (45) played a good innings for the Lankan team in their second match. Coming down the order against Bangladesh, all-rounder Chamika Karunaratne scored a crucial 16.

For the Lankan team against Afghanistan, only Wanindu Hasaranga could take a wicket, but against Bangladesh, the teams five bowlers performed. Hasaranga and Karunaratne took 2 wickets each. Dilshan Madushanka, Maheesh Theekshana, and Asitha Fernando took one wicket each. In the Super-4 stage too, the team will expect a similar performance from the bowlers against Afghanistan.

Afghanistans performance in the Asia Cup has been good. The Afghan team won both matches in the group stage. Hazratullah Zazai (60) has scored the most runs for the team in the tournament so far. While Ibrahim Zadran (57) and Rahmanullah Gurbaz (51) have also done well.

Mujeeb ur Rahman has been the most successful bowler on the team. In two matches, Mujeeb has taken 5 wickets in his name. Star spinner Rashid Khan and fast bowler Fazalhaq Farooqui have taken 3 wickets each. So far, the bowling attack of the Afghan team in the Asia Cup has been successful.

Sri Lanka pulled off a thriller against Bangladesh in the last game. They won the match in the last over after Asitha Fernando played the winning runs. While Chasing the huge target, Kusal Mendis and Dasun Shanaka played crucial knocks. Kusal Mendis and Pathum Nissanka will probably open the inning. Charith Asalanka will bat at the one-down position. Danushka Gunathilaka and Bhanuka Rajapaksa will handle the middle-order batting. Dasun Shanaka will lead Sri Lanka as a Captain. He is also a good Allrounder Kusal Mendis will do the Wicket-Keeping for Sri Lanka. Wanindu Hasaranga and Mahesh Theekshana will take care of the spin bowling of his team. Dilshan Madushanka and Asitha Fernando will lead the pace attack of his team.

Afghanistan has been in some form after beating both Bangladesh and Sri Lanka in the group stage. With the kind of play they have shown, they are strong favorites to win the game. Hazratullah Zazai and Rahmanullah Gurbaz will probably open the inning. Ibrahim Zadran will bat at the one-down position. Najibullah-Zadran and Karim Janat will handle the middle-order batting. Mohammad Nabi will lead Afghanistan as a Captain. He is also a good Allrounder Rahmanullah Gurbaz will do the Wicket Keeping for Afghanistan. Mujeeb-ur-Rahman and Rashid-Khan will take care of the spin bowling of his team. Rashid Fazal Haq and Naveen-ul-Haq will lead the pace attack of his team.

SL vs AFG Head To Head

Hazratullah Zazai He is the opener of the Afghanistan team, he has scored 60 runs in the 2 matches played so far, he bats with a very good strike rate, in this match also he can score fast runs in the power play.

At the same time, the average score of the first innings in Sharjah is 150 and in the second innings is 125. On the other hand, if we talk about the pitch, then the pitch of this ground is very favorable for the bowlers. Batsmen find it very difficult to score runs here. Also, due to the slow pitch, it also helps spinners a lot. Not only this, but sometimes the uneven bounce in the pitch makes the batsmen more confused.

Talking about the weather of the match between Sri Lanka and Afghanistan (SL vs AFG) to be played in Sharjah, there is no sign of rain during the match. The weather in Sharjah is going to be very clear on Saturday. Along with this, due to excessive heat, players may have to face a lot of problems. The match will start at 7:30 pm Indian time.

The minimum temperature is expected to be 30 °C and the highest temperature is 40 °C on the day of match day. While the humidity will be 41 percent. However, there is no chance of rain in Sharjah on Saturday 3rd September. In such a situation, there is every possibility that the match will be completed without any interruption.