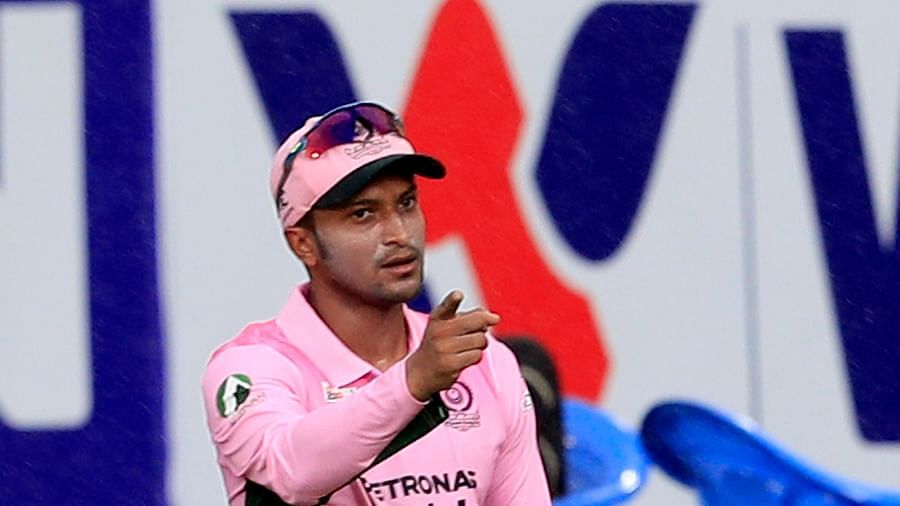 Former Bangladesh captain Shakib Al Hasan issued an apology on Friday for his unruly behavior during a Dhaka Premier League match in which he was seen kicking the stumps, knocking the bails off, and aggressively arguing with the on-field umpire.

Shakib later apologized for his actions in a statement that he put up on his Facebook page.

"Dear fans and followers, I am extremely sorry for losing my temper and ruining the match for everyone and especially those who are watching from home. An experienced player like me should not have reacted that way but sometimes against all odds it happens, unfortunately.

"I apologize to the teams, management, tournament officials and organizing committee for this human error. Hopefully, I wont be repeating this again in the future. Thanks and love you all," Shakib said in the statement.

Incidentally, this is not the first time Shakib has made the headlines while playing in a domestic T20 league. The record-breaking Bangladeshi cricketer was banned in 2018 by the International Cricket Councils (ICC) Anti-Corruption Unit (ACU) after he failed to report multiple approaches from an alleged bookie during his Sunrisers Hyderabad stint in IPL 2018.