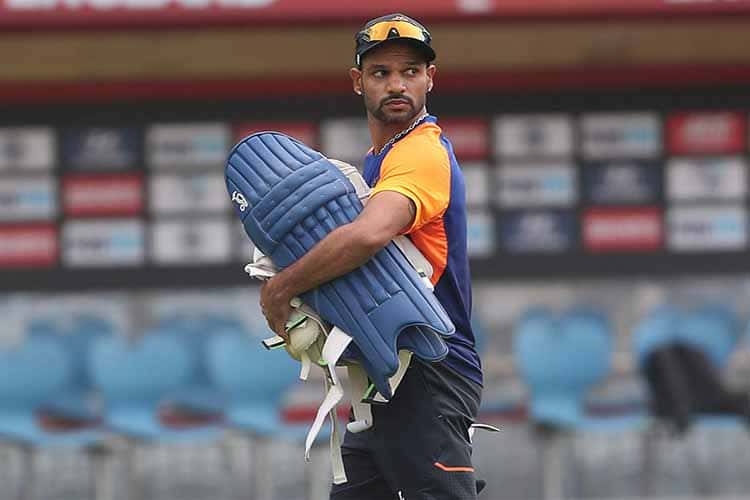 Shikhar Dhawan will lead India in the white-ball tour of Sri Lanka, with Bhuvneshwar Kumar appointed vice-captain, the Board of Control for Cricket in India announced on their website on Thursday. India and Sri Lanka will play three ODIs and three T20Is in the series.

With the Test team in England for the ICC World Test Championship final and the subsequent five-match series against England, the team has plenty of fresh faces.

Talking points from the selection:

First time call-ups: Devdutt Padikkal, Ruturaj Gaikwad, Nitish Rana and Chetan Sakariya got maiden India call-ups after impressive performances in IPL 2021, before it was suspended. K Gowtham, the Karnataka and CSK player, was picked too.

Back in the mix:Prithvi Shaw, Manish Pandey, Sanju Samson are back too. Shaw has been in superb touch ever since being dropped from the Indian Test side and is all set to open with Dhawan. Samson was left out of the Indian T20I squad recently, with India going for Ishan Kishan, who is a part of this squad too. Pandey has not been in great form in T20Is but could have been picked with the ODIs in mind.

Varun Chakravarthy picked: The Tamil Nadu and KKR mystery spinner Varun has been having issues with fitness tests. He was picked for the white-ball leg of tour of Australia initially late last year, but was then injured. He was then a part of the India squad for the England T20Is, but failed the fitness test. He is now a part of the squad for the SL series.

No place for: Shreyas Iyer is not in the squad, which means he is still recovering from his shoulder injury.

Ravi Bishnoi, the young legspinner, does not make the cut too, with India having two strong legspinners in Yuzvendra Chahal and Rahul Chahar.

TN and KKR keeper-batsman Dinesh Karthik expressed his hopes of making a comeback too, but that is not to be.Rahul Dravid is expected to coach the side, although the BCCI is yet to announce it officially