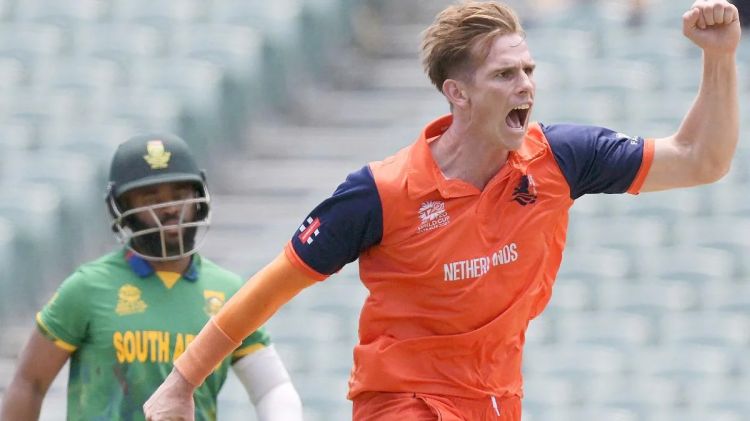 South Africa vs Netherlands Highlights, T20 World Cup 2022: South Africas semifinal hopes were dashed on Sunday when they were defeated by the Netherlands by 13 runs at the Adelaide Oval in Adelaide. South Africa was restricted to 145 for eight in 20 overs while chasing a target of 159 runs, with Brandon Glover taking three wickets for the Netherlands. In the meantime, Fred Klaassen and Bas de Leede each took two wickets. South Africas top scorer was Rilee Rossouw, who hit 25 runs off 19 balls. Initially, Colin Ackermann was in blistering form, scoring 41 runs off 26 balls to help his side reach 158 for four in 20 overs. Ackermanns unbeaten innings contained three fours and two sixes. Opener Stephan Myburgh also contributed with 37 runs off 30 balls, including seven fours. Meanwhile, South Africas Keshav Maharaj took two wickets.

NETHERLANDS BEAT SOUTH AFRICA BY 13 RUNS India are through to the semifinals. South Africa will go home and that means the next game between Pakistan and Bangladesh is a virtual quarter-final.

The Netherlands thrilling victory over South Africa means India have officially qualified for the semi-finals ? pic.twitter.com/RH7380jgAn

Very disappointing. We really played well before this game. Hard one to swallow for the guys. We had the belief to get to the knockouts. You can pick out a lot of things when you lose that way. Firstly myself with the toss, winning the toss and bowling first. Temba Bavuma

I am lost for words. This is going to take a bit of time to take it all in. We are used to these conditions in Netherlands. We were confident around the 160 mark to defend this. Absolute gold for us after losing the first two games. Scott Edwards