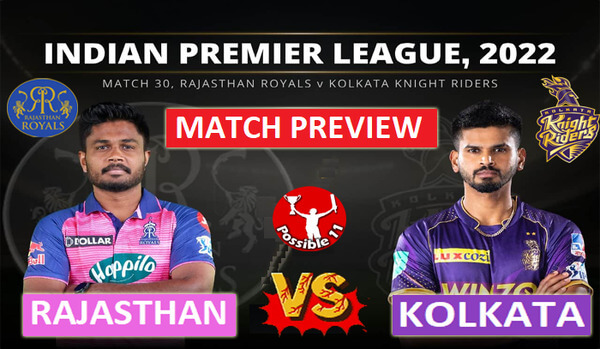 The 30th match of IPL 2022 will be played between Rajasthan Royals and Kolkata Knight Riders. KKR had to face defeat in the last two matches. In such a situation, his effort is to regain his old confidence and return to the track of victory. At the same time, Rajasthan is also in a strong position. Jos Buttler of Rajasthan has Orange Cap and Yuzvendra Chahal has Purple Cap. However, Rajasthan is worried about R Ashwins form. He has taken only one wicket in 5 matches. Except Andre Russell, no batsman has been able to perform consistently for KKR. Russell is the current top scorer for KKR with 179 runs in six matches. He has also taken 5 wickets together. There has also been a lack of consistency in the performances of Nitish Rana and Venkatesh Iyer. Sam Billings is struggling to score runs.

Kolkata (KKR) have not won any match at Brabourne Stadium

In this match to be held at Brabourne Stadium, Kolkata team would like to improve their record with a victory. Kolkata has not won any match in this ground so far. On the other hand, Rajasthan have won two out of four matches, while they have to face defeat in two. The biggest problem for Kolkata has been the poor performance of the opening pair. In the first match, Rahane and Venkatesh put together 43 runs for the first wicket. This has been the best opening partnership for Kolkata this season. 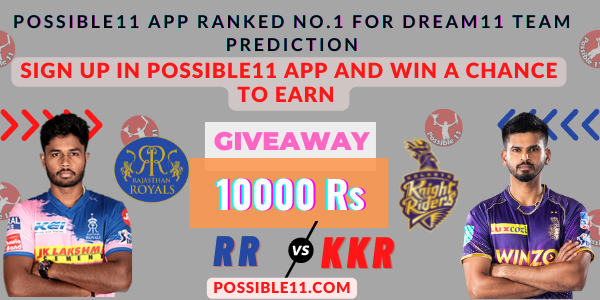 The second-best opening partnership for Kolkata is 21 runs. In the last match, Finch was given a chance in place of Rahane, but he too was dismissed after scoring seven runs. Venkatesh too has not been able to do anything special so far. On the other hand, Kolkatas middle order is also not in good shape. Shreyas Iyer has got the start, but he is not able to play big innings. Wicketkeepers Sheldon Jackson or Sam Billings is also not contributing with the bat.

Russell and Cummins have won a match each with the bat, but they cannot be expected to bat well in every match. Narine too has not been able to do much with the bat.

Kolkata bowlers have also failed to stop runs this season. Umesh Yadav in the beginning and Sunil Narine in the middle overs have been good. On the other hand, Pat Cummins has proved to be very expensive. Varun Chakravarthy also scored a lot against Hyderabad. Kolkata also does not have any good bowlers in the last overs. Because of this, the opposition teams are easily making big scores against Kolkata.

Jos Buttler has scored the most runs for Rajasthan and the responsibility of scoring runs will still be on his shoulders. Apart from him, the rest of the Rajasthan batsmen have been flops. Hetmyer has batted well in the end but Padikkal, Samson and Riyan Parag will also have to play with responsibility. Rajasthans bowling is very strong. Chahal is the highest wicket-taker this season. At the same time, the pair of Bolt and Krishna is also doing amazing. Ashwin has not been able to take many wickets, but he has spent runs simply.

Lack of finishers in Rajasthan (RR)

Rajasthan Royals does not have depth in batting. In such a situation, Kolkata will have to take early wickets early. After Hetmyer, the pressure on Ashwin and Riyan Parag will increase. Parag is also not in good form and taking Rajasthan wickets early can prevent Kolkata from scoring runs in the end overs.

Here the temperature will drop in the evening, but the players will still have to deal with the heat as the humidity is going to be up to 75 percent. In the last few matches, the dew has not been seen much here and the groundsmen have done a good job keeping the ground dew free. Brabourne Stadium has previously hosted only womens international matches and IPL matches.

There are more high-scoring matches here. Rajasthan and Kolkata have many power hitters, so todays match can also see a rain of runs. After winning the toss, the team will decide to field first as the chasing teams have been successful in the current IPL. The pitch will help the batsmen.

It is getting hot in Mumbai. The temperature here during the day will remain up to 35 degrees, which will drop to 28 degrees Celsius in the evening. The sky is very clear in Mumbai and there is no chance of rain at all. Here the players may have to deal with the humidity as it is expected to rise to 75 per cent in the evening. The wind will blow at a speed of 13 kmph.