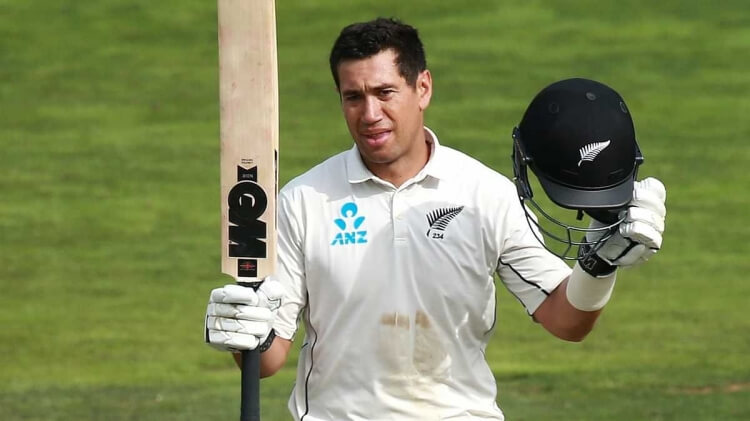 Veteran New Zealand batter Ross Taylor on Thursday announced that he will retire from international cricket at the end of the ongoing domestic season. Taylor hence will play his final appearance in the second Test against Bangladesh, where will equal Daniel Vettori’s record of 112 tests for New Zealand.

The 37-year-old will not feature in the Test series against South Africa but will be part of the one-day international series in Australia in February and against the Netherlands at home in late March. The fourth and final ODI in the series against the Netherlands in Taylor’s hometown of Hamilton on April 4 will be his last appearance for New Zealand.

"Today Im announcing my retirement from international cricket at the conclusion of the home summer, two more tests against Bangladesh, and six odis against Australia & the Netherlands. Thank you for 17 years of incredible support. Its been an honor to represent my country #234."

Today Im announcing my retirement from international cricket at the conclusion of the home summer, two more tests against Bangladesh, and six odi’s against Australia & the Netherlands. Thank you for 17 years of incredible support. It’s been an honour to represent my country #234 pic.twitter.com/OTy1rsxkYp

Ross has always been a hugely respected member of the side and were thankful for his contributions to the Black Caps over an incredible career."His skills and temperament as a batsman have been world-class and his ability to perform at such a high level for so long speaks volumes of his longevity and professionalism. "Seeing him hit the winning runs in Southampton to help win our first ICC World title is a moment I will never forget and Im sure its the same for many of the fans.

The cricketing world reacted as Taylor took to Twitter to make this announcement.

Afghanistan spinner Rashid Khan called Taylor a "legend" as he congratulated the latter on his career.

"What a legend congratulations mate."

What a legend congratulations mate ????

Also Read: Asia Cup 2023: will be held in Pakistan, will Team India be involved?

Taylors Australian counterpart David Warner also took to Twitter to wish the New Zealand batter all the luck in his future endeavors.

"Well done @RossLTaylor absolutely amazing career and look forward to catching up with you in Australia."

Well done @RossLTaylor absolutely amazing career and look forward to catching up with you in Australia. https://t.co/1iDmM2CEje

Taylor, who made his Test debut back in 2008 against South Africa and played the first of 233 ODIs against the West Indies in 2006, will bid adieu to the game as New Zealand’s top-scorer in Test and one-day international cricket. He has scored 7584 Test runs with 19 centuries, second only to incumbent captain Kane Williamson, and 8581 runs in ODIs, ahead of former skipper Stephen Fleming (8007). His 21 ODI centuries also are a New Zealand record.

Taylor has also played 102 Twenty20 internationals, becoming the first cricketer to play more than 100 matches for New Zealand in all three formats.

Also Read: Best Cricket Records That Will Never Be Broken ?