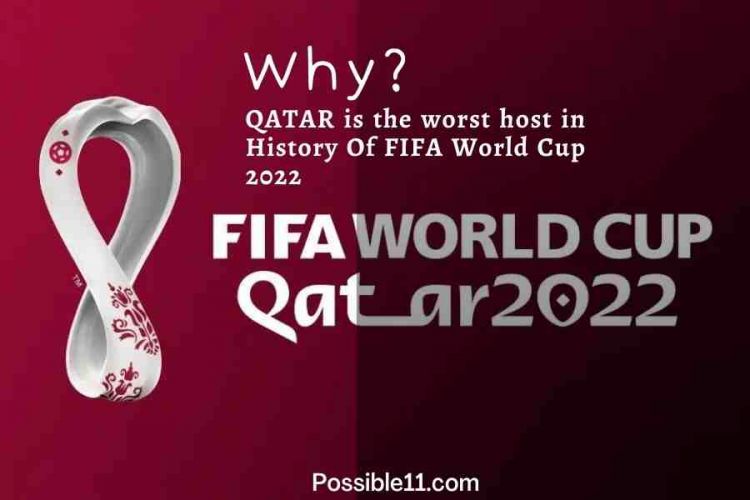 The awarding of the FIFA World Cup to Qatar in 2022 sparked a number of concerns and controversies in the Western world, including questions about Qatars suitability as a host country and the fairness of the FIFA World Cup bidding process. Criticism from a number of Western media outlets, sporting experts, and human rights organisations focused on issues such as Qatars limited football history, the high expected cost, the local climate, bribery in the bidding process, and Qatars human rights record. though other parts of the world do not place as much emphasis on these concerns.

The announcement that Qatar would host this years FIFA World Cup drew cheers from the streets of Doha, marking the tournaments first appearance in the Arab world.

However, the decision, made in 2010, sparked immediate criticism - over the logistics of holding a sporting event in a country where summertime temperatures regularly exceed 100 degrees; allegations of bribery and corruption among FIFA officials who voted for Qatar; and ongoing concerns about human rights violations.

Why is Qatar a contentious World Cup host?

To say that the 2022 World Cup in Qatar has not been universally welcomed is an understatement.

From the heat to Qatars dubious human rights record to the proposed switch from the promised summer tournament to a winter tournament, it would not be a surprise if FIFA pulled the tournament from the Gulf state.

Should they, though? After all, the tournament was chosen through a free election of FIFA delegates. They chose the location, so changing their minds and giving the competition to another country would be a huge U-turn.

However, there are several compelling reasons why the tournament should be moved from Qatar to a more deserving country.

A lack of infrastructure and deaths of migrant workers

Qatar is the smallest country to ever host the World Cup, a complex international sporting event that attracts large crowds and necessitates extensive infrastructure.

Qatar is only about 20% the size of Connecticut, at 4,471 square miles. Much of the country is a barren sandy plain, and the majority of the 2.8 million people live in the Doha area.

When Qatar was chosen in 2010, it lacked many of the stadiums, hotels, and highways required to host the tournament. To construct them, the country relied on its massive population of migrant workers, who account for 90% or more of the labour force. (Only about 300,000 Qataris live in the country.) Migrant workers whose visas are tied to their employment far outnumber them, a system common in the Middle East.)

Human Rights Watch urged journalists to look beyond soccer this week when it released a 42-page report summarising "the numerous human rights concerns surrounding Qatars preparations for the 2022 World Cup."

Qatars penal code criminalises sex outside of marriage, which has resulted in rape victims being prosecuted. Sex between men is punishable by up to seven years in prison, and men who "instigate" or "entice" another man to commit "an act of sodomy or immorality" face one to three years in prison.

Allegations of bribery and corruption

Qatars selection as World Cup host country has long been plagued by allegations of bribery and corruption.

Following a series of votes by FIFA officials, the selection was announced in 2010. Qatar triumphed over bids from the United States, South Korea, Japan, and Australia.

Various FIFA and other organisation officials have been accused of accepting or soliciting bribes to steer the World Cup to Qatar over the years.

"There have been so many allegations of corruption against the Qatari bid," said James Montague, a journalist who has written about Qatar and the World Cup.

The November schedule has put a strain on many players

The World Cup is always held in the summer. But the summer heat and humidity in Qatar made that impossible, so the event was moved to November. (The games will be held in air-conditioned stadiums as well.

The timing has caused significant disruptions in professional soccer, particularly in Europe, where most league schedules typically run from late summer to early spring. The Premier League in England, the Bundesliga in Germany, and La Liga in Spain have all announced two-month breaks to accommodate the World Cup.

According to a new report by FIFPRO, the union that represents 65,000 players worldwide, the tight scheduling has resulted in "unprecedented workload demands" on players.